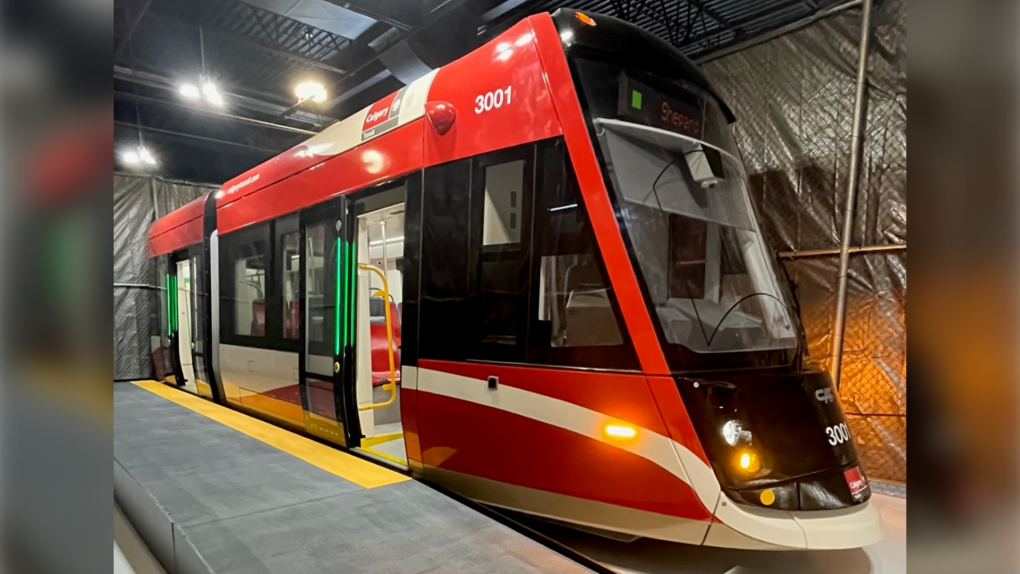 The City of Calgary's LRV model will be used to train drivers and test the technical requirements of the existing Green Line plan. (Supplied)

City officials are sharing details of a new vehicle that will ride the rails of Calgary's new Green Line.

A model of the new low-floor light rail vehicle (LRV) was recently delivered to Calgary and the city says it will be used to verify the Green Line's technical requirements and ensure all Calgarians will be able to use it.

The city says it will also be an important training tool.

"The operator's cab was also designed to be split apart from the remainder of the mock-up to serve as a training simulator for future operators of the Green Line LRV," the city said in a statement.

The LRV, which is built by CAF, uses low-floor technology that provides accessibility improvements over other trains.

"Lowered floors remove the need for steps during boarding and allow for easier integration with existing city infrastructure and better integration with communities along the alignment," the city said, adding that the eight entrances to the vehicle will also be level with station platforms.

The model represents about one-quarter of an actual LRV's length, but is approximately 20 per cent of its weight considering that it's built from steel, wood and plastic.

The first phase of Calgary's Green Line is still in the request for proposal stage, with the city working toward choosing a development partner for the initial construction.

The decision is expected to be made in early 2023.