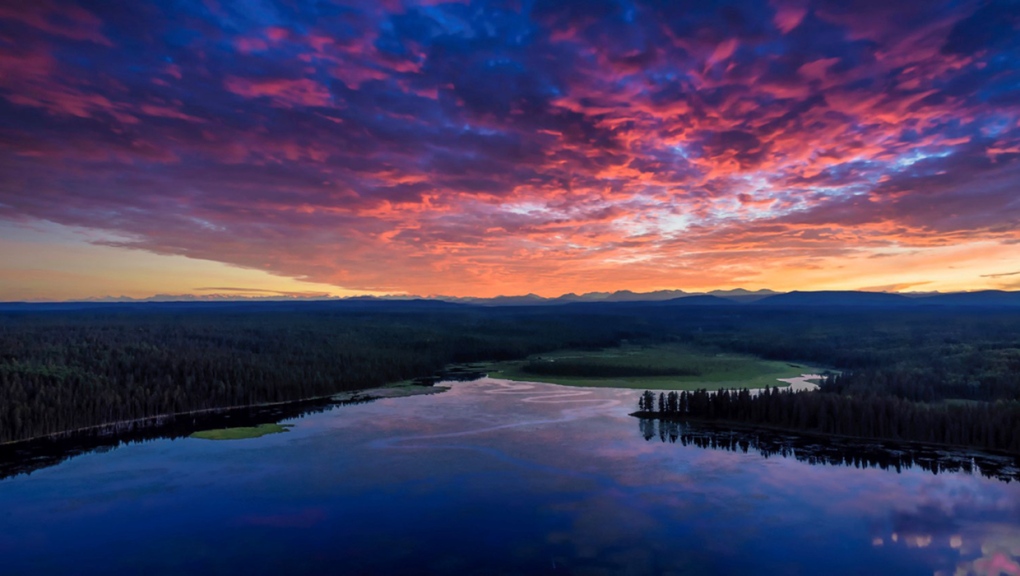 AFTERNOON UPDATE: I mentioned funnel clouds in central Alberta in the morning edition, and that escalated...

The tornado-warned #abstorm region in the County of Paintearth; the closest storm to #Alliance is the reason Environment Canada issued the warning. pic.twitter.com/e62f4BXFD4

A look at storm potential later in the day as this system tracks northward toward Vegreville and Lloydminster. Wainwright also runs a high probability of severe storms potentially producing tornadoes - at that, worse conditions are possible north of Alliance.

Calgary's picture appears clearer for the day; after a reasonably sunny morning, we follow up with a mix of sun and cloud afternoon, and deal with intermittent bursts of additional cloud on the back of storms continuing off of the foothills. The primary outlook(s) keep it north of us, perhaps dropping as far south as Olds.

MORNING EDITION: The early indicator from last night's rainfall puts much of the city between eight and 20 millimetres of rain. Early on, this led to a widespread layer of fog; the excess of moisture helped bring that to bear, and could assist in delivering thundershowers later on today.

The chance Calgary deals with storms is even lower than usual this go-around, but remains noteworthy. Yesterday's futurecast maps showed storms culminating as they crossed the QEII near Red Deer, and that still tracks today, delivering hail that may reach loonie-sized or larger.

The rapid growth of these storms may be the progenitor for funnel clouds in central Alberta.

Locally, the majority of storms would be slower to build, and would offer rain and hail as the major threats. Outflow from storms north of us will push gusts toward 30 to 40 kilometres per hour.

Ditto tomorrow, with the Thursday outlook also proffering storm potential before Friday calms and opens up brilliantly – the early look has a temperature of 18 C and mainly sunny conditions by 9 a.m. Friday. What a way to kick off the parade.

Andrew sent this amazing photo from Burnstick Lake… y’know, if you needed a new desktop background.