Calgary will host curling's Scotties Tournament of Hearts in 2024

Calgary will host curling's Scotties Tournament of Hearts in 2024

Calgary has been named the host city for the 2024 Scotties Tournament of Hearts.

The Canadian women's curling championship will take place Feb 16 to 25, 2024 at the WinSport Event Centre, the same venue that hosted the event in 2021 before near-empty stands due to the COVID-19 pandemic.

The WinSport Event Centre has a seating capacity of around 3,000.

Reaction to the news from politicians and a number of former Canadian curling icons was ecstatic.

"It's a great privilege to welcome Canada's top women's curling teams back to the city in 2024,'' said Calgary Mayor Jyoti Gondek."While we recently hosted the Scotties as part of the closed curling bubble in 2021, we certainly missed the experience of cheering on the athletes live and in person.''

BREAKING NEWS: It's official! The 2024 Scotties Tournament of Hearts will be held at @WinSportCanada in Calgary February 16-25.

Read all about it in our release ➡️ https://t.co/EZ556mwESZ#STOH2024 pic.twitter.com/EywFBnZzKS

"Calgary's been behind many great events, including the 1988 Olympics," said two-time Scotties champ Amy Nixon. "Thinking of that, standing at WinSport, but certainly I have every faith that the Calgary community and certainly our partners at Curling Alberta will do an excellent job of hosting the 2024 Scotties.

"We haven't had that many Scotties in Calgary," she added, "So (we're) pretty excited to be able to support the Scotties coming in 2024."

Cheryl Bernard curled in four Scotties and recalled the pandemic event of 2021, which was played at WinSport in front of no fans. 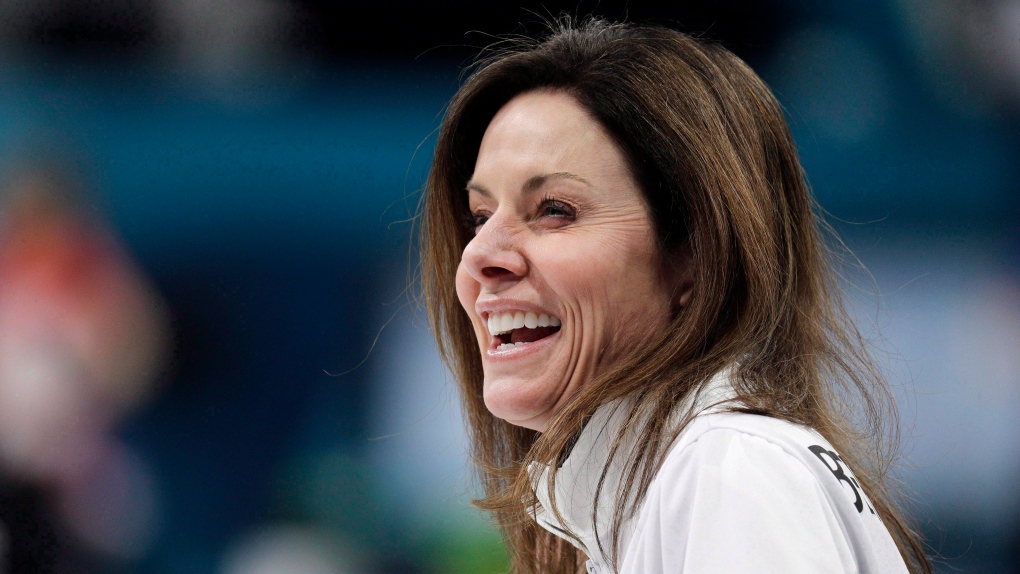 "I felt so bad for the curlers," Bernard said. "And so to be able to come here… and I was here for a Continental Cup when this was standing room only at this venue at WinSport and it was so exciting and they'll pack it to the rafters and the curlers feed off that and the fans do too."

Shannon Kleibrink, who curled in five Scotties, expects that 2024 will be a much different scenario for curlers.

"It's just the right size, so I expect it to be a packed house…standing room only and just a really energized crowd and looking forward to it."

Recognize these former Scotties Tournament of Hearts competitors? They were all on hand for today’s announcement!#STOH2024 pic.twitter.com/wegtWibdEM

Her thoughts were echoed by 1981 champ Susan Seitz, who added, "Calgary's got a good reputation for a lot of support from the community, the province and we've got a lot of great volunteers and a great curling community really."

The event also figures to be financially rewarding for city businesses.

"The Scotties Tournament of Hearts for the full week of the event in Calgary will deliver in excess of $6 million in economic impact that will support local hotels, local restaurants, local retail, local transportation," said Carson Ackroyd of Tourism Calgary.

Alberta teams have won the Canadian women's championship on eight occasions, behind only Saskatchewan, Manitoba and Team Canada, with 11 apiece.

The 2023 Scotties Tournament of Hearts will be held in Kamloops, B.C., starting Feb. 17.

Thinly stretched rescue teams worked through the night in Turkiye and Syria, pulling more bodies from the rubble of thousands of buildings toppled by a catastrophic earthquake. The death toll rose Wednesday to more than 9,500, making the quake the deadliest in more than a decade.

Federal Health Minister Jean-Yves Duclos will ask the provinces today whether or not they intend to accept the new health-care funding deal tabled by the prime minister.