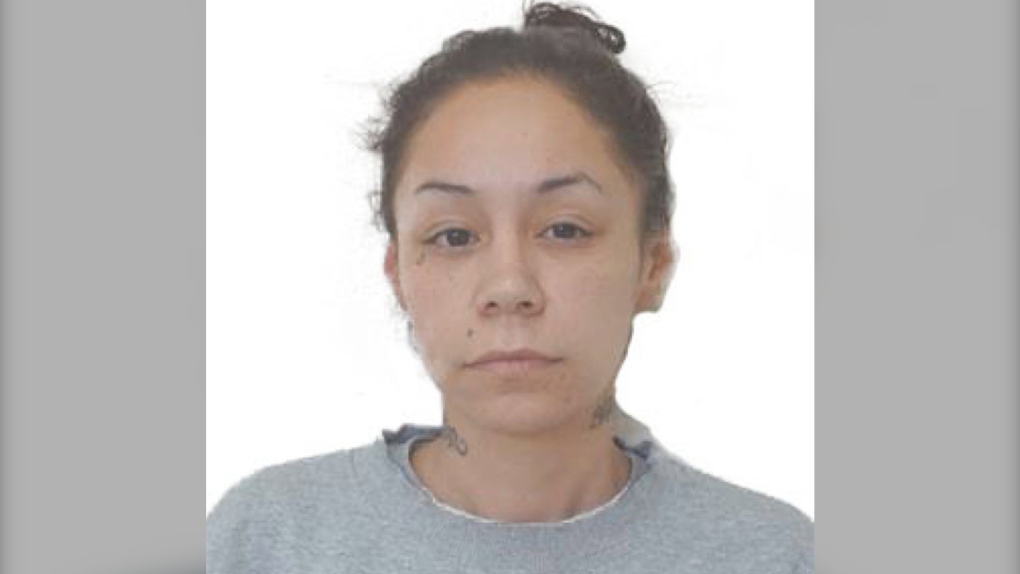 A Calgary woman wanted on warrants for break-and-enter and being unlawfully at large has been arrested in Saskatchewan.

Sarah Dawn Wilm, 30, was arrested earlier this week by the Regina Police Service in an unrelated incident.

She was wanted on a Canada-wide warrant in relation to a break-in at a residence in northeast Calgary on Aug. 8 that saw offenders threaten residents with a knife.

After a review of CCTV from the scene, Wilm was identified and warrants were issued.

Wilm was arrested most recently after being accused of drugging, kidnapping and assaulting a man she met on a dating app.

According to a release from the Regina Police Service, a 34-year-old man was messaging Wilm when they decided to get together in person on Oct. 9.

Police say the victim then found himself in an unfamiliar house with a group of people he did not know. The man was allegedly kidnapped, assaulted and robbed before he was forced to take drugs.

The group of suspects took the man back to his home, but police say they left with his car, some electronic equipment and other items.

The man reported the events to police and Wilm was identified one of the suspects following investigation.

Along with the warrants out of Calgary, Wilm is charged with robbery, assault with a weapon (pellet gun), administering noxious things (drugs), kidnapping and extortion.

She was scheduled to make her first court appearance Monday morning.

Previously, she plead guilty to manslaughter alongside her mom in 2015 following the death of 53-year-old Ray Yacevich after a fatal house fire.