CALGARY — Rick “Titan” Bognar, also known to WWE fans as Razor Ramone 2, or just Big Rick to his friends, is being remembered as a man that always cared about people.

“I miss that big wingspan of a hug, that was love,” said Kelly Kellner.

Bognar was just 49 when he passed away suddenly from a heart attack on Sept. 20.

Kellner is an organizer of Friends of Rick Titan, a group that is organizing Bognar’s celebration of life Thursday in Calgary.

“Grief is the price that we pay for love,” said Kellner.

Bognar was born in Vancouver but moved to Calgary, the home of Stampede Wrestling, at the age of 19 to pursue his dream of being a professional wrestler.

After some time wrestling in Canada and Japan, the six-foot-six behemoth found his way to the WWE in the mid-1990s. There he was tasked with becoming Razor Ramone II for a storyline after the original Razor, Scott Hall, left the WWE. 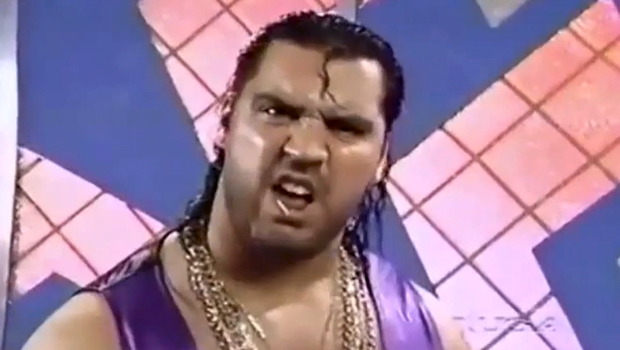 After the WWE, he eventually returned to Japan, where Kellner recalled some of the pain Bognar suffered in the ring.

Bognar’s friends said he suffered from neck and back pain for several years, which he needed to take medication to manage.

“I know in the past he had some problems with painkillers,” Kellner said.

Spencer Tapley met Bognar after Bogar's retirement from wrestling in 2000 due to a neck injury. Tapley and Bognar worked the Vancouver bar scene together.

Tapley also was known as Mark “The Shark” Dicarlo, a manager for wrestlers.

Tapley and Bognar were together in the ring during an event for Stampede Wrestling.

“Over the course of history of professional wrestling, most guys work with some sort of pain and injury on an ongoing basis,” said Tapley.

“It does take its toll.”

After his retirement, Bognar turned to studying Taoism, Hinduism and yoga philosophy and eventually became a life coach and transformational speaker, motivating youth and applying mediation to everyday circumstances.

Tapley said he believes it was Bognar’s love for everything that made him special.

“His absolute infectious personality and his larger-than-life persona, his smile and his huge heart,” said Tapley.

Bognar’s celebration of life will be held Thursday at the Cardel Theatre in Quarry Park. Tickets are sold out.