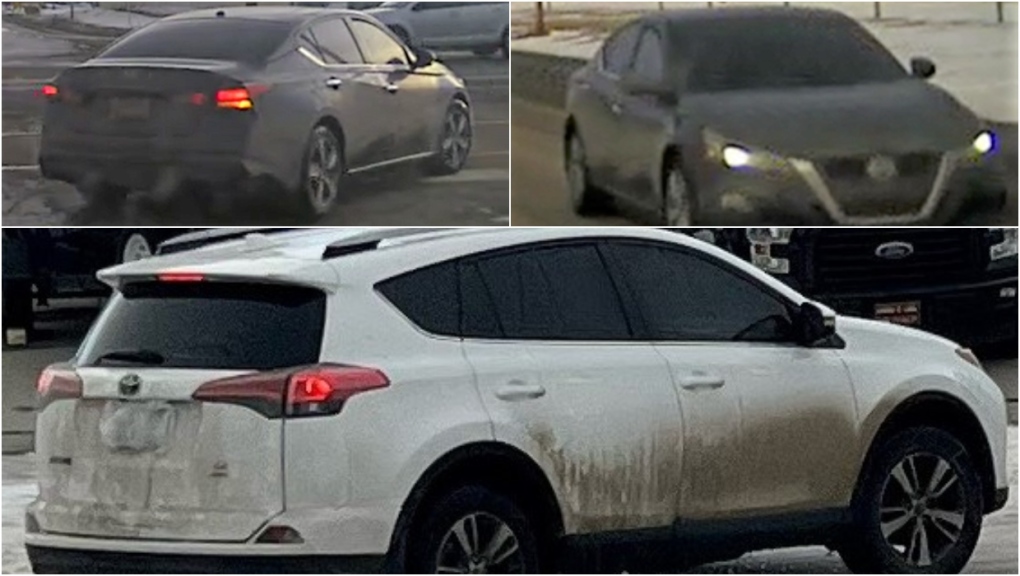 Airdrie RCMP are asking anyone with information about a bear spray attack on Nov.22, 2022, or a white Toyota Rav 4 and dark Grey Nissan Altima thought to be connected to the incident, to contact them.

Two Calgary youth are facing charges after an attack at an Airdrie home that saw the residents bear sprayed.

RCMP officers were called to the house in the community of Reunion at 1:30 p.m. on Nov. 22.

Police say four or more suspects had gone into the residence and attacked the two adults inside with bear spray. They are also accused of damaging one of the victims' vehicles before leaving.

Two of the suspects left on foot while the others left in a white Toyota Rav 4.

"There was a substantial police presence in the Williamstown and Reunion neighbourhoods while police conducted the search for the vehicle and suspects," Airdrie RCMP said in a Wednesday news release.

Investigators were able to arrest the two suspects who left on foot.

Both of the youth, who cannot be named under the Youth Criminal Justice Act, were charged with assault with a weapon and mischief over $5,000. One is facing an additional charge of obstruction.

Both youth are to appear in Airdrie provincial court on Jan. 12, 2023.

RCMP say the attack is believed to have been isolated and targeted.

Anyone with information about it, or the location of a white Toyota Rav 4 and dark Grey Nissan Altima which may be connected, is asked to call Airdrie RCMP at 403-945-7267.

Tips can be left anonymously through Crime Stoppers.