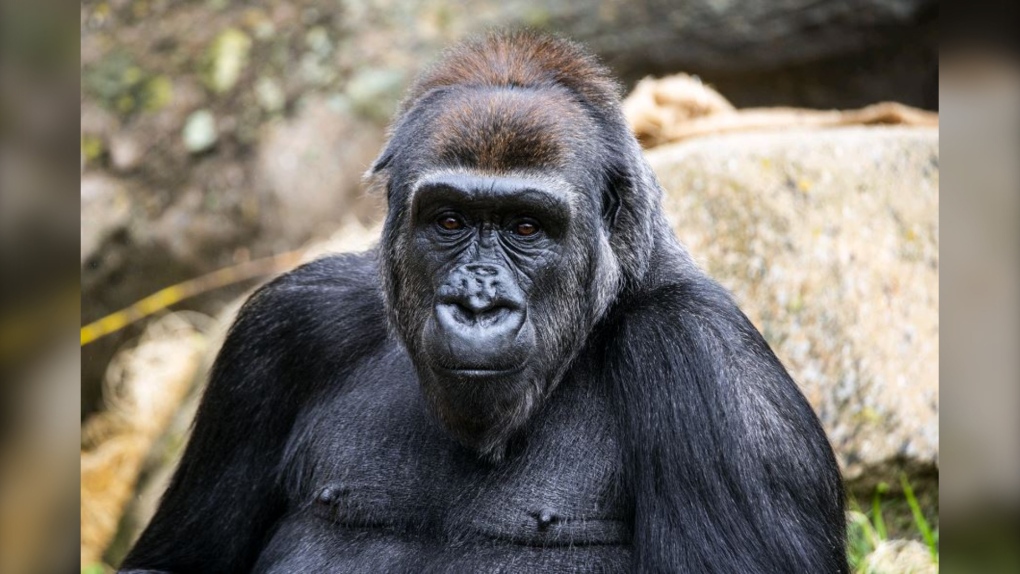 Dossi, a western lowland gorilla at the Calgary Zoo, is expecting her first baby in the spring of 2022. (photo: Calgary Zoo)

The Calgary Zoo's western lowland gorilla troop is expected to grow in numbers in the coming months.

Zoo officials announced Tuesday that Dossi, a 20-year-old gorilla, is pregnant with her first baby.

The due date is set for late-April or early May 2022, but there is cautious optimism ahead of the arrival.

"Our goal is to create an optimal environment for her to deliver a healthy infant, where she can calmly and instinctively care for her baby while also navigating troop family dynamics."

The last successful gorilla birth at the zoo occurred in 2016 with the arrival of Kimani.

Dossi has been a member of the zoo's gorilla family since May 2009. The zoo will not separate her from the troop when she gives birth as it could potentially cause additional stress to her.

The western lowland gorilla is considered a critically endangered species due to poaching and habitat destruction primarily as a result of coltan mining for cell phone production.