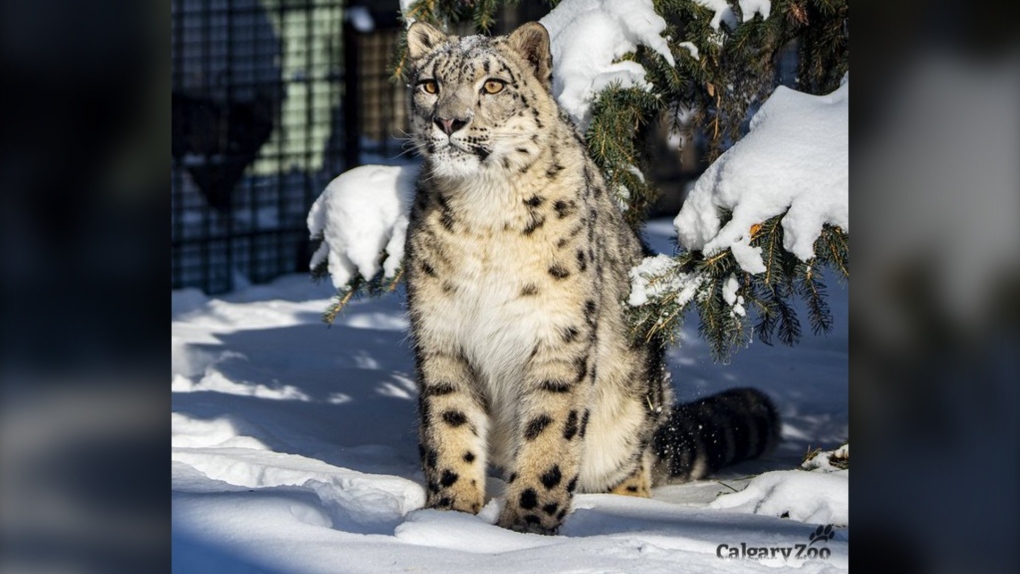 Tadashi, a male snow leopard, has arrived at the Calgary Zoo from a New York zoo as part of a breeding program that aims to protect the vulnerable species. (Calgary Zoo)

The Calgary Zoo/Wilder Institute has introduced a male to its snow leopard habitat in the hopes he'll hit it off with the current resident and the pair will produce cubs.

Tadashi, who is 1.5 years old, recently arrived from Seneca Park Zoo in Rochester, N.Y. and has been placed in the main enclosure with Leika, the female snow leopard.

The move was made as part of the AZA Species Survival Plan's breeding recommendation.

Snow leopards, which are native to mountainous regions of Asia, are classified as a vulnerable species globally due to instability in their numbers as a result of poaching, encounters with farmers protecting livestock and loss of habitat. The World Wildlife Foundation estimates there are between 4,000 and 6,500 of the cats in the wild.

Zoo officials say the initial introductions between Tadshi and Leika have been encouraging.

Visitors to the zoo are being asked to keep their voices down and to avoid making sudden movements when near the snow leopard habitat as Tadshi adapts to his new home.