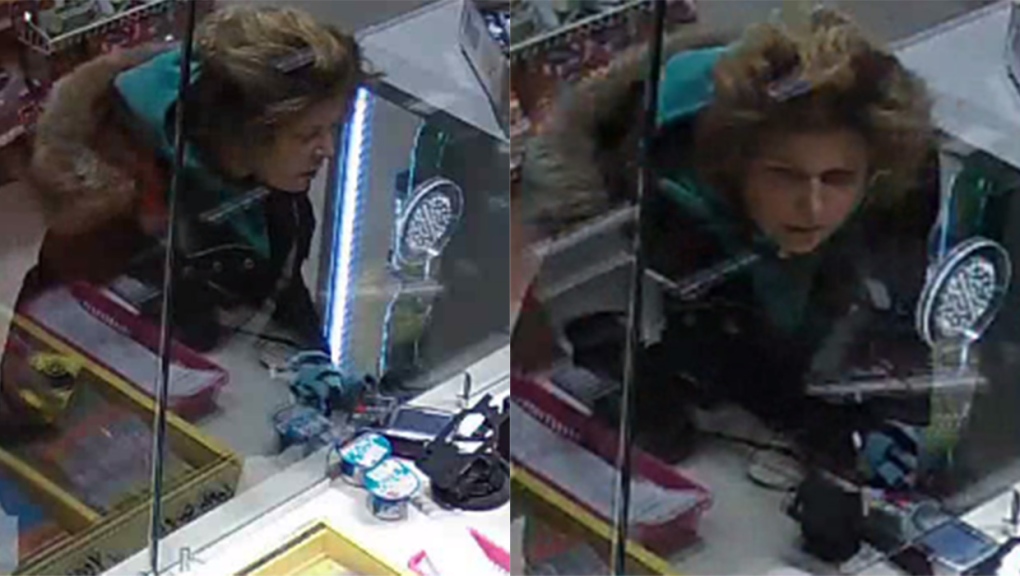 AIRDRIE -- Members of the Airdrie RCMP detachment are asking for help from the public as they attempt to identify a woman who made fraudulent credit card purchases in Airdrie and in northeast Calgary.

According to RCMP, the suspect visited the Shell convenience store and the McDonald's restaurant in Cooper's Plaza in the early morning hours of Oct. 27 and bought items using stolen credit cards. She left the area in a taxi destined for the neighbourhood of Whitehorn, where she continued to make purchases with the cards.

Investigators say the credit cards had been stolen from a vehicle on Oct. 26.

The suspect is described by RCMP as:

At the time of the purchases, the suspect was wearing a dark-coloured winter coat with a fur-lined hood. RCMP have released surveillance stills of the suspect.

Anyone who recognizes the woman in the surveillance footage is asked to contact the Airdrie RCMP detachment at 403-945-7200 or anonymous tips may be submitted to Crime Stoppers.