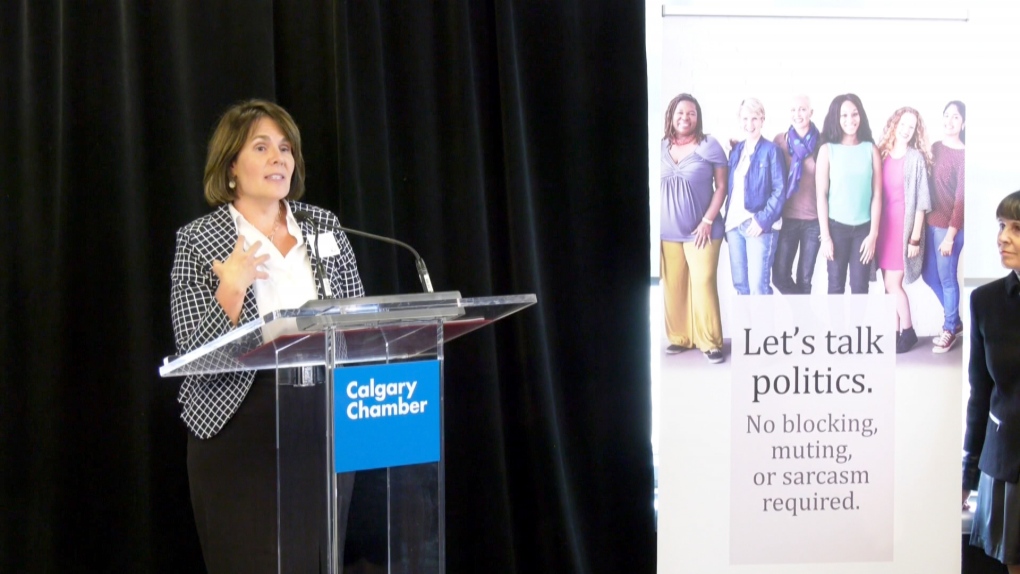 Canada Empowered By Women launched a campaign Monday to encourage more women to get involved in politics.

Canada Powered by Women launched a third-party campaign Monday aimed at empowering females across the country to be more engaged in politics and encourage voting.

A report released by the group details how differently women feel about their own political knowledge and confidence when compared to men.

“Women are running their homes, business or getting two or three degrees, they are making a huge contribution to the country and they have a lot to say,” said spokesperson Dr. Lucy Miller.

“We need to involve them in decisions about where our country is going.”

The former head of the United Way in Calgary, Miller herself has never been involved in politics.

Going into the Oct. 21 federal election, Miller says issues made her get involved and she would like to find ways to help get more females politically active.

“Let’s find a way to inform, to connect women and to mobilize them as we go into the election,” she said.