An Indigenous woman from Calgary says she feels discriminated against by her former employer after she was suspended from the property and for smudging, while the company says workers' lodges are smoke-free including for ceremonial smoking.

"I just feel like it was unfair," said Dennel Piche, a Cree and Dene woman who lives in Calgary.

She worked for a month as a safety watcher for Canadian Natural Resources Ltd (CNRL) north of Fort McMurray -- but it came to an abrupt end when a bowl with smudging material was found in her room at the McKay Lodge.

"The security said, you can't be lighting things, no smoking. And told her what it was, I showed her," said Piche.

Smudging is an Indigenous spiritual practice of lighting sage or sweetgrass. Unlike tobacco, the smoke isn't inhaled.

"It's important to me because its the way that we pray, it calms our soul. It grounds us. It purifies ourselves," said Piche

She says she sent a letter to the security team at CNRL's Horizon camp to explain the daily ritual.

The letter also added, "I would like to ask for a private area to smudge, and if I am not allowed to smudge in the privacy of my room."

The next day on May 30, Bravo Target, the third party company that hired her, arranged a bus trip for Piche back to Calgary.

She was told she was banned from all CNRL's worksites.

Bravo Target emailed a layoff notice due to "shortage of work" a month later.

The company did not respond to CTV News' request for comment.

While CNRL did not address our questions specifically about Piche's case, it said there are provision in place for all workers on its sites.

"Safety is a core value at Canadian Natural. For the safety and security of all residents staying in our lodges, Canadian Natural has rules and regulations in place, including smoke free facilities, that residents acknowledge upon arrival," said Julia Woo, corporate communications.

CTV News obtained a copy of the rules provided to Piche which states "smoking outside of a designated area will result in an indefinite site suspension... This includes ceremonial smoking." 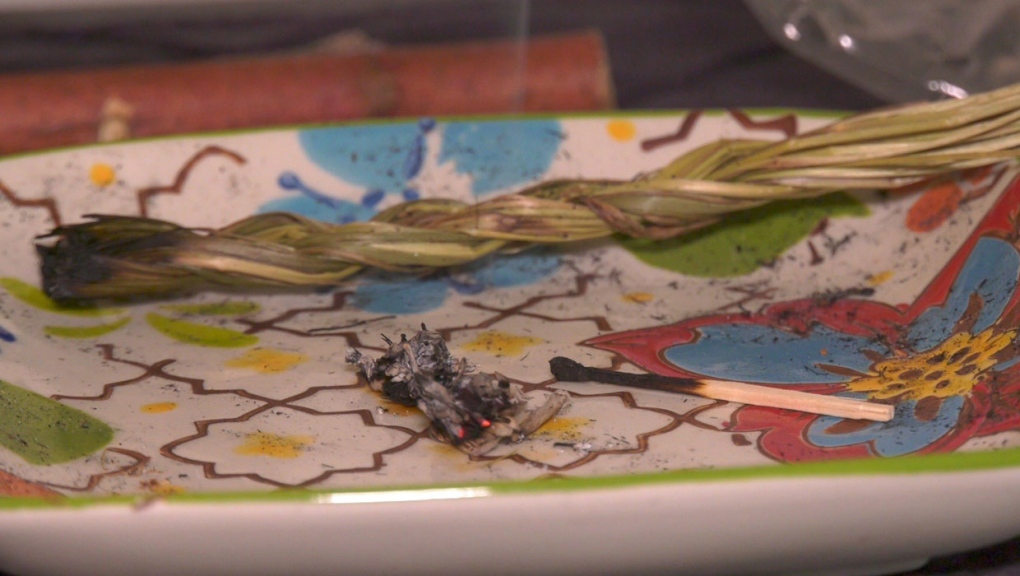 "I have not heard of anything like this. This was more than just a head-scratcher," said Rob Louie, president and CEO of the Band Members Alliance and Advocacy Association of Canada, a non-profit that takes on legal fights for Indigenous people.

"Failing to accommodate someone, especially an Indigenous person in this era of reconciliation is a big 'no-no.' It is a human rights violation," said Louie.

STAND UP FOR MY PEOPLE

Piche says she wished she could have had a face-to-face discussion about her cultural practise and request for accommodation before she was made to leave.

"You can't just kick me out because I'm smudging. I want to see if they get a smudging room, that would be awesome," said Piche.

She also says using the designated outdoor smoking area is not an adequate accommodation for the spiritual practise of smudging.

"I just want to stand up for my people," she said.

CNRL also tells CTV News it is building smudging areas both near mining sites and work camps to accommodate Indigenous staff, and work is underway.

As of this morning, travellers to Canada do not need to show proof of vaccination against COVID-19 -- and wearing a mask on planes and trains is now optional, though it is still recommended.

Dozens dead from Ian, one of strongest, costliest U.S. storms

Rescuers searched for survivors among the ruins of Florida's flooded homes from Hurricane Ian while authorities in South Carolina began assessing damage from its strike there as the remnants of one of the strongest and costliest hurricanes to ever hit the U.S. continued to push north.

Federal Public Safety Minister Marco Mendicino is calling Alberta Justice Minister and Solicitor General Tyler Shandro's plan to direct RCMP in the province not to enforce confiscations of prohibited firearms 'reckless,' and is amounting it to 'a political stunt' that won't hold up.

Federal workers are increasingly cynical, skeptical and disillusioned about the idea of reporting wrongdoing in the public service, says a recent survey.