CALGARY -- Geese heading south for the winter is nothing new. But one goose that was hand-raised by a farm family north of Hanna, Alta. is something special. Once it learned to fly, it would soar next to vehicles.

“You’d roll down your window and you could touch her,” said Melanie Bossert, who raised the bird, named Goose Goose.

“She would just fly with all the neighbours, stop and have a visit in their yard and either they would drive (beside her on her way home) and drop her off or she’d just come home on her own."

A video recently went viral on the social media platform TikTok, which was filmed in Nebraska by a hunter driving down the road with a goose flying directly beside his vehicle.

Bossert knew at once that was Goose Goose. The family then managed to get in contact with the Nebraska man.

“He was going to go out the next morning and try and find her again but I don’t think he did,” said Bossert. “So hopefully she just, I think she’s going south one vehicle at a time.” 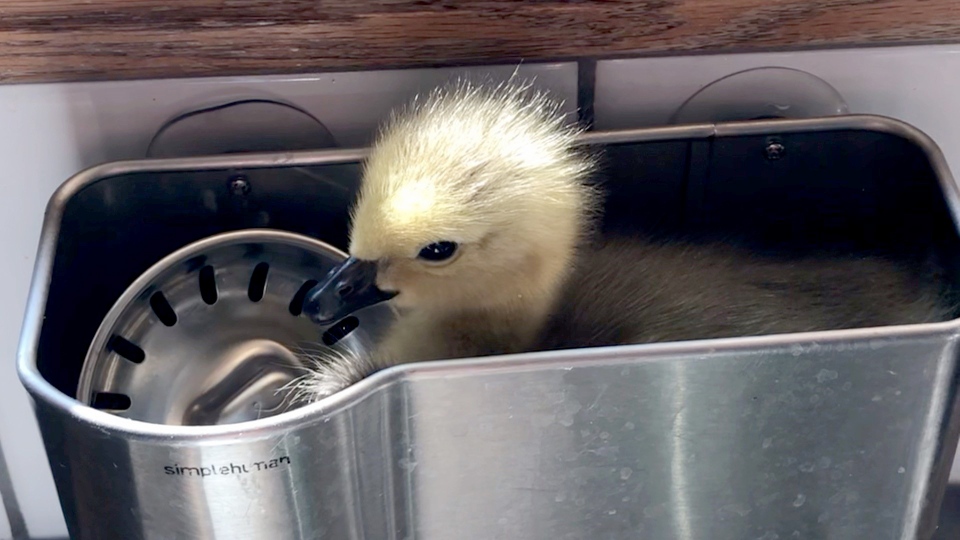 Goose Goose was orphaned when its family was hit by a car driven by Bossert's daughter, Tayslin Bossert. She brought the gosling to the family home where Tayslin, her sister Breanne and brother Cayden cared for it.

“I’d originally put her outside,” said Bossert. “She was just as wee babe and I ended up bringing her in and she slept in (the crook of) my neck for a month in my bed.”

Once Goose Goose got older it would visit neighbours like Sig Jabs, a retired teacher. Jabs remembers his first encounter with the bird.

“All of a sudden out of the driver's side window, not that far from the glass, here’s this wing beat just going,” said Jabs. “I just couldn’t believe it.”

“It’s going to be really interesting to see if she comes back (in the spring),” said Bossert. “I don’t know if it's a she or a he, I just call her a she, but hopefully she comes back with a mate and has some babies for us.”

Until then the family says they will continue to watch social media to see if any other videos of Goose Goose pop up.