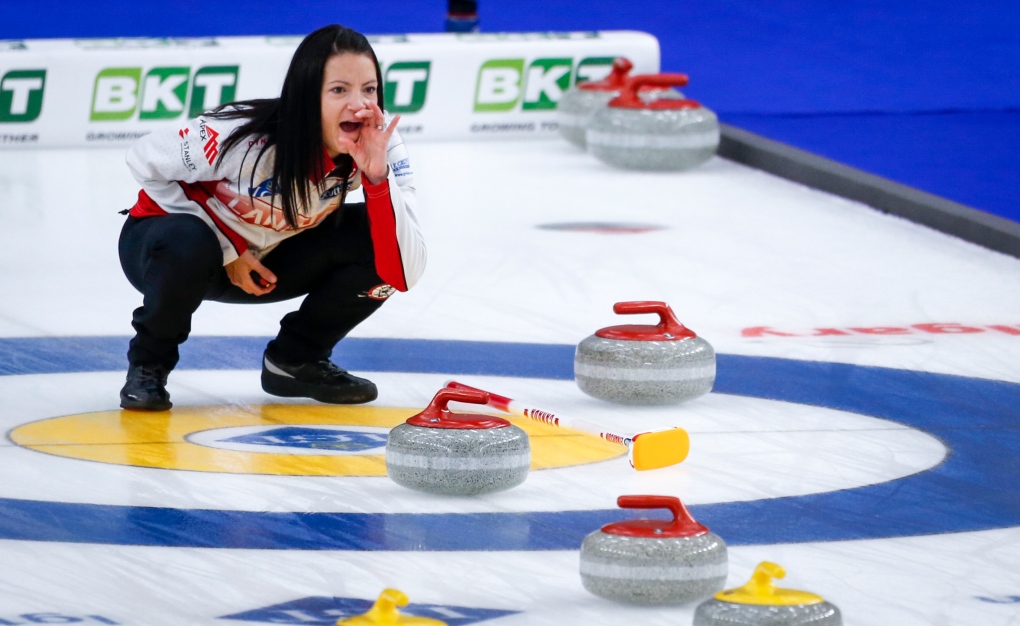 Einarson moved into a tie for fifth place with the win after finishing her round-robin schedule with a 7-6 record. The top six teams will make the playoffs and earn berths for their countries at the 2022 Winter Olympics.

“It's totally up in the air,” Einarson said. “I can't control what the other teams do out on the ice. I've just got to hope and pray that we've got a chance.”

The playoff picture at the 14-team event will become clearer later in the day. Afternoon and evening draws were on the schedule at WinSport's Markin MacPhail Centre.

Tiebreaker games are not used at this event. Instead, head-to-head records come into play along with pre-game last stone draw results.

The Canadian team put some early pressure on China and it paid off with steals. Yu rubbed a guard in the first end to give Canada a deuce and Einarson stole a single in the fourth.

Canada stole another point in the eighth end and ran China out of stones in the 10th to win it.

After a stunning 1-5 start, Canada returned to form in recent days to get back to the .500 mark. The China victory was desperately needed even if it only set up some scoreboard-watching for the rest of the day.

“It's been an absolute roller-coaster,” Einarson said. “Sometimes we'd just dig ourselves in a hole and we'd just battle back.”

At the start of the morning session, Canada was one of seven teams with a chance of earning one of the last three remaining playoff berths.

Denmark (7-5) moved into fourth place with its victory while the Americans were tied with Canada at 7-6. Germany, South Korea's EunJung Kim and Scotland were next at 6-6.

After repeated negative tests from other members of the broadcast crew, Alberta Health approved a World Curling Federation proposal to resume coverage with minimal staff for the final three days of competition.

Staffers who tested positive remain in isolation and are being monitored by medical officials. Athletes and team officials are staying at a different hotel than the broadcast staff.

Canada is looking to return to the podium for the first time since Jennifer Jones won gold in 2018 at North Bay, Ont.

Chelsea Carey represented Canada in 2019 at Silkeborg, Denmark but didn't make the playoffs. Last year's championship was cancelled due to the pandemic.

Brendan Bottcher represented Canada at the world men's curling championship last month in the curling bubble. He reached the six-team playoffs but lost the qualification game.