CALGARY -- It was like an early Christmas present for some of Canada’s top Nordic athletes Monday.

That's because instead of training on roller skis, they were able to strap on the skis and hit the snow packed trails at the Canmore Nordic Centre to train Monday.

The reason they were able to get out on the snow early is because of the Frozen Thunder project.

That’s an initiative where the nordic centre stores a large pile of snow under a thick layer of sawdust to insulate during the summer months. 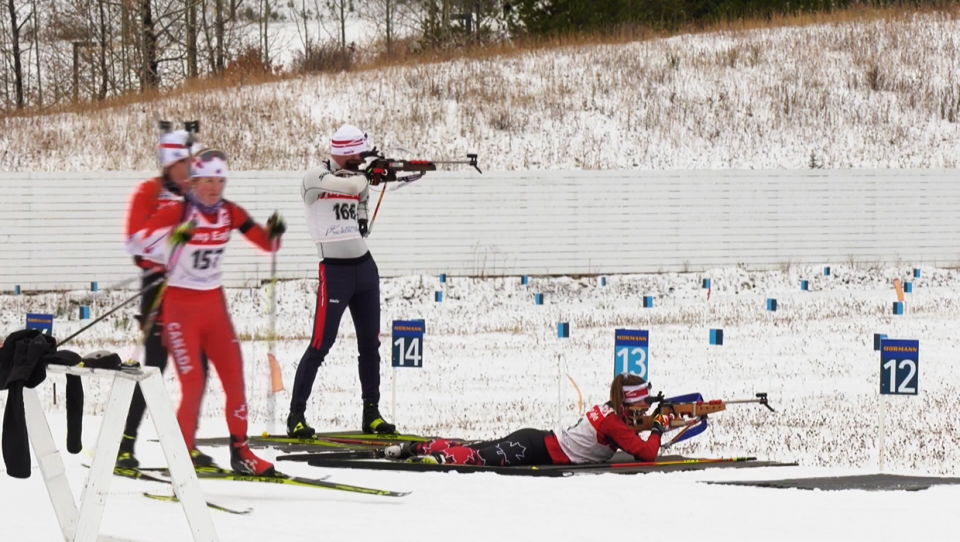 Each October the snow is restored, then rolled out to form more than one kilometre of ski trail for early-season training.

National ski team member Katherine Stewart-Jones, who competes for the cross country ski team, said  it was great to be back on snow again.

“We’re so lucky to have this snow out here,” she said.

“It gets tiresome to roller ski all summer and it gets a little hard on the body. So getting back on the snow and getting that feeling on the snow is quite different.  It’s a key for being ready for the season.” Eight-time Paralympic medallist Mark Arendz said the conditions were fantastic and that it felt great to be back skiing for real again.

“Strange enough this year it actually feels quite natural to be on it so quickly," Arendz said.  "It’s not foreign.  You know the first 10 minutes it felt weird but you kind of get your legs again and it just felt a lot better.”

There were about 30 Olympic, Paralympic and developing athletes on the Frozen Thunder Monday, training for a season no one quite knows when or if it will even begin.

As of now, the season is scheduled to start on time in December in Europe. 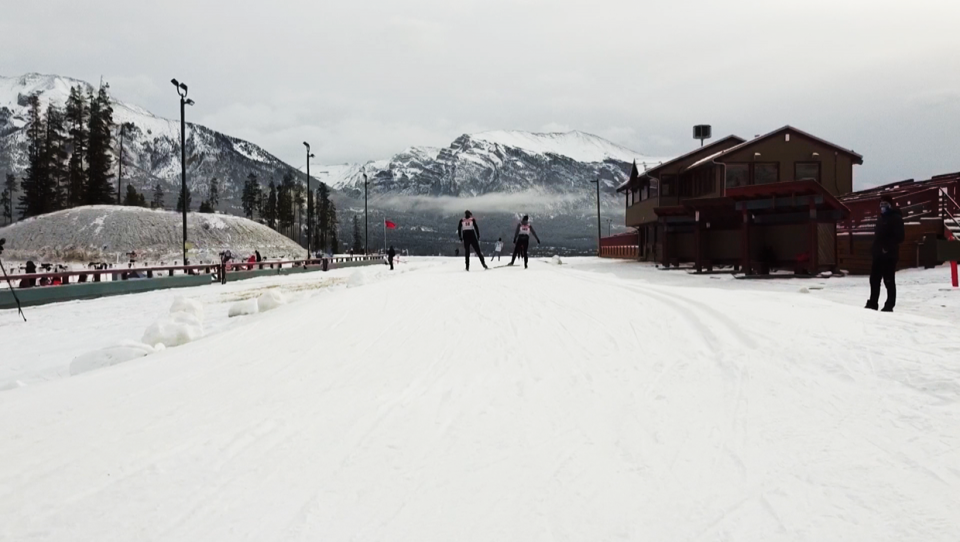 But Kate Boyd, the High Performance Director of Nordic Canada says the athletes all know things can change overnight in a pandemic.

“We’re just about to begin our season and so we’re hopeful those events will go forward. We’ll know about 30 days out in any event whether or not they are going to move forward,” she told CTV.

“We’ll wait and hope. We’re super hopeful that things will go forward. It’s a wait and see.  We’ll plan as if we’re going to have an event and we’ll adjust as necessary.”

Meanwhile it was announced on Monday that Canada has been chosen to host a high level Nordic event.

Squamish/Whistler has been chosen to host the 2023 FIS Nordic Junior Under 23 World Ski Championships.