Canadian crude-by-rail exports surge 87% to 170,000 barrels per day in November 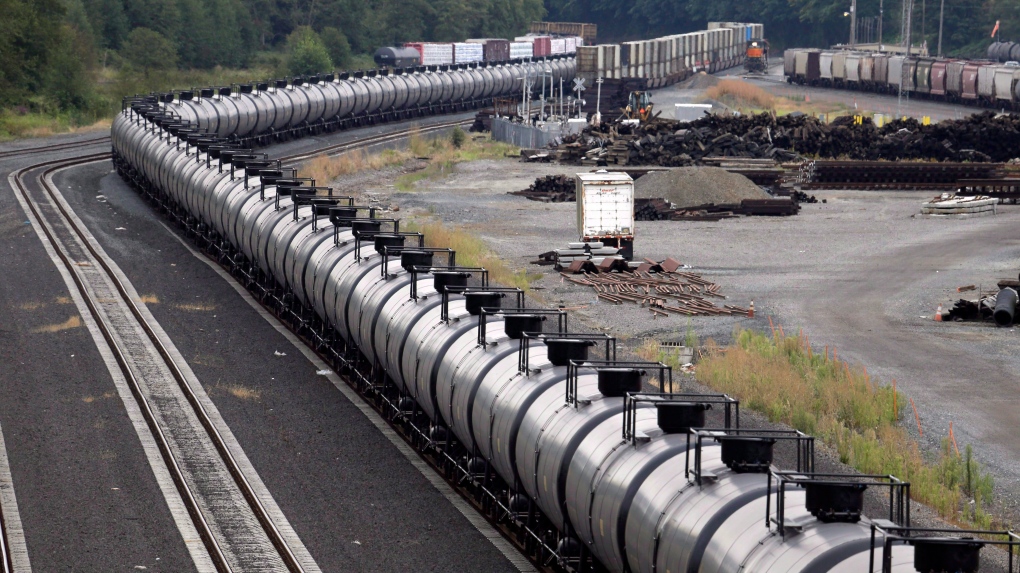 A northbound oil train sits idled on tracks, stopped by protesters blocking the track ahead, in Everett, Wash., on September 2, 2014. (THE CANADIAN PRESS/AP, Elaine Thompson)

Crude-by-rail numbers have been volatile in the past year, with shipments rising to a record 412,000 bpd last February, then falling to an eight-year low of 39,000 bpd in July.

Rail transportation of crude oil is considered to be more expensive than shipping by pipeline so shippers tend to use it only when pipelines are full or if the destination market offers much higher prices than can be achieved in Canada.

The CER says overall Canadian crude oil exports in November came to 3.74 million bpd, up by almost five per cent from 3.57 million bpd in October.

This report by The Canadian Press was first published Jan. 25, 2021