The Canadian women's Olympic hockey team was announced Tuesday. It's a 23-woman squad comprised of first timers and veterans of past Olympics, who will head to Beijing Jan. 26.

Until then, they'll be based in Calgary where they'll prepare in a bubble, taking all the precautions necessary in a pandemic.

"We kind of found out a little bit earlier so I got to share it with my family," said Filier. "And it's something I've been working for since watching the Canadian women play in 2018, so to be able to share that with my family … was a special moment."

For Olympic veteran Marie Phillip Poulin, the opportunity to share the Olympic experience with 10 first-time players is what makes the Olympics so much fun. 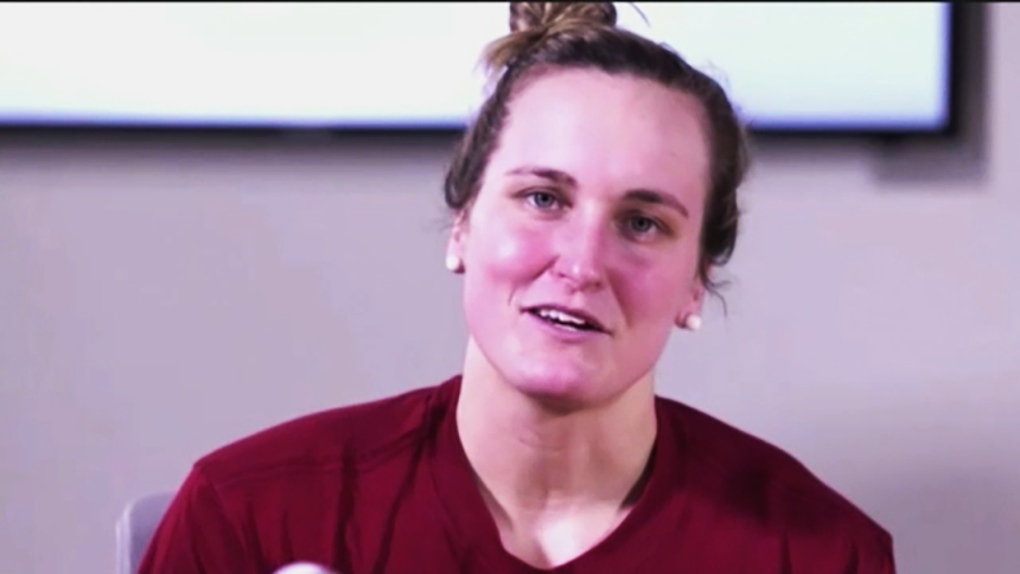 For Olympic veteran Marie Phillip Poulin, the opportunity to share the Olympic experience with 10 first time players is what makes the Olympics so much fun.

"Ten rookies coming on this team," she said. "They deserve it – and for them to enjoy the journey and to have fun, obviously.

"It's going to be a tough next month for us," she added, "but we're looking forward to it – but have fun. I think we've had fun all year long and it's just going to keep going. Especially with that jersey on. It's an honour for all of us and it's going to be exciting."

Hockey Canada had to cut down from 29 players to 23 so no doubt there were a lot of difficult choices made.

The team is expected to be a fast, speedy squad, which suits the international women's game, and the expectation every Olympics is that it will be a Canada-U.S. final for gold.

Russia accused of inciting genocide in Ukraine in new report

Russia's actions in Ukraine provide enough evidence to conclude that Moscow is inciting genocide and committing atrocities intended to destroy the Ukrainian people, according to the first independent report into allegations of genocide in that country.

Canadian Blood Services wants to scrap a lifetime ban on sex workers giving blood in a further move to make blood donation more equitable. The blood-donation service this month recommended to Health Canada that it abolish the lifetime ban on donation by people who have taken money or drugs in exchange for sex.