A Canmore food company is at the centre of controversy after an employee apparently sent a transphobic email to Canmore Pride.

The organization wrote to Valbella Fine Foods, asking for a donation for its fall barbeque.

The email it received in response said, in part:

"I'm sorry to say but you could not pay me enough to sponsor anything to do with child-grooming trannys.

"Please keep these sick people away from the children of this community. You should be disgusted with yourselves.

"I'm sure there's some woke organization mentally ill enough to help you with your event, but it isn't Valbellas."

Online backlash was immediate and intense, with many people promising to boycott the store.

At least one retailer and a major hotel said they're pulling the plug on the company's products.

Blush Lane Organic's CEO said, "We have pulled all their product from our shelves and cancelled existing orders. Our team is reaching out directly to Valbella to confirm their position and will make a decision on future sales once that investigation is complete." 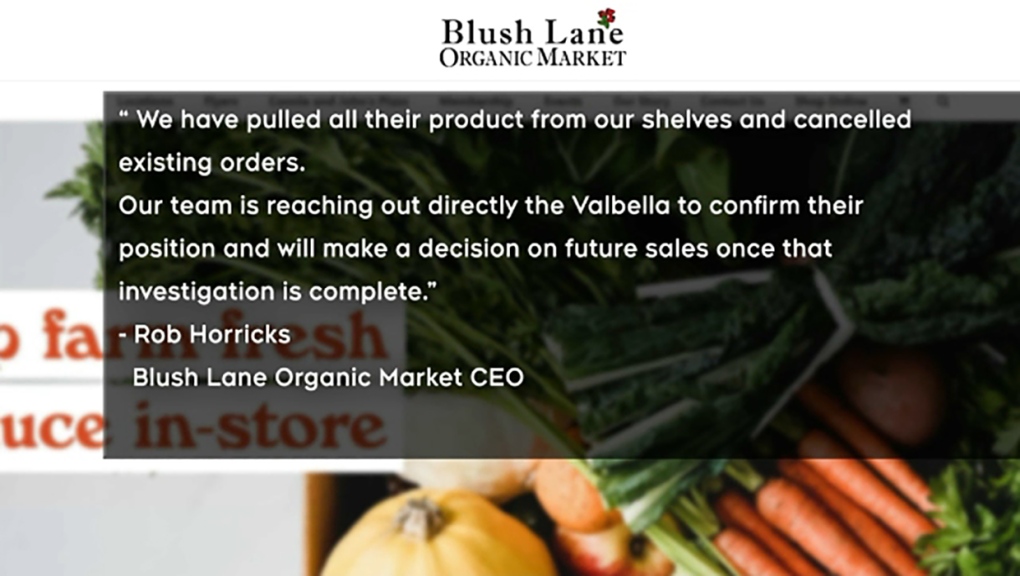 Blush Lane Organic announced it has cancelled orders with Valbella

Jasper Park Lodge Hotel also announced it was cutting ties with the company.

We are saddened and disappointed to learn of the hateful remarks made by Valbella, particularly as we are dedicated to fostering an inclusive and safe environment.
EFFECTIVE IMMEDIATELY: We will no longer work with, or purchase from, Valbella.

As did the Banff Centre for Arts and Creativity.

Following the recent communications that were made public within the Bow Valley community and Valbella Gourmet Foods today, Banff Centre has chosen to remove all Valbella products from company operations and will seize any business relations.

Later Tuesday, Chantal von Rotz posted on Facebook and Instagram, stating that the company expressed its deepest apologies to the Canmore LGBTQ+ community.

Chantal said it was an "intolerant email" and said that the individual responsible for the email, who identified themselves as the company's owner, has been removed from the company and its operations. 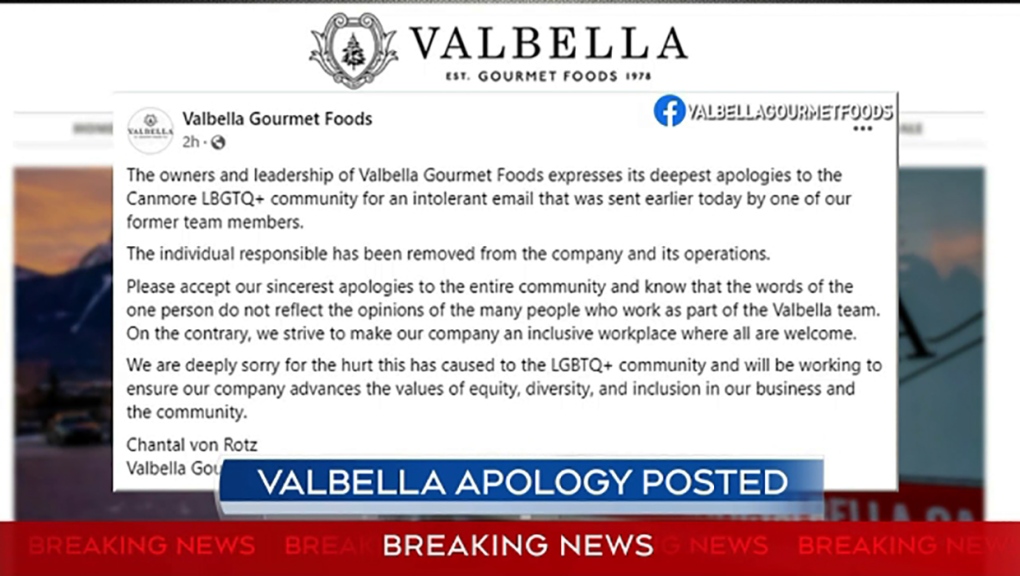 The Town of Canmore proudly stands in solidarity with our LGTBQIA2S+ residents and visitors who make this town a more vibrant and diverse place to call home. Our municipal buildings and programs are safe spaces for everyone. pic.twitter.com/ydPLz3px52

Late Tuesday evening, Chantal clarified that the "owners of Valbella Gourmet Foods are the founders, Walter and Leonie von Rotz" and that "Jeff von Rotz, while he used the title, is not an owner.

"He held the official title of President. Effective July 26, 2022, he was terminated from his employment and no longer has any role or interest in the business."

Sunterra Market condemned the statements and said it was "having discussions to determine the path forward" after Valbella's decision to terminate Jeff von Rotz.