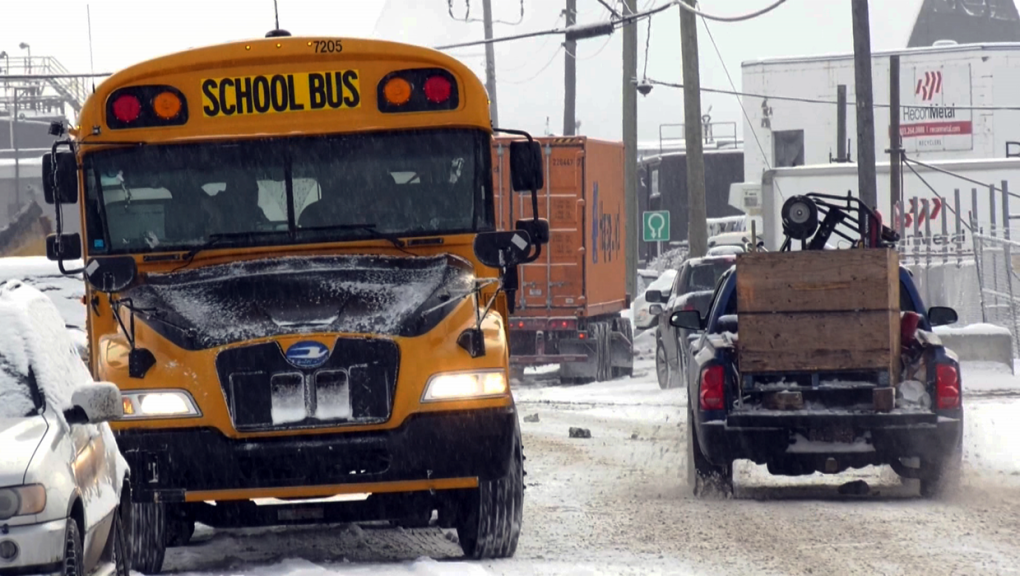 CALGARY -- The Calgary Board of Education suddenly switched lanes Tuesday, forcing all students who ride the yellow school bus to pay $365 for this year, and some Calgary parents are not thrilled with getting the surprise news that they will have to shell out more money come the new year.

The Calgary transit rebate was also cancelled, ending a program that offered up to $549 a year for students who attend their designated school and live over 2.4 km from it.

Students now have to pay $77 monthly for a transit pass.

Even though he's one of the thousands of Calgary parents taking a financial hit, Bruce believes the Calgary Board of Education made the best decision they could, given the challenging financial circumstances they found themselves in.

“I don’t blame the CBE for this decision, I mean they were put in a hard position,” said Bruce.

The 'hard position' Bruce was alluding to was a $32 million shortfall in the CBE’s budget, something the board says is due to cuts in October’s provincial budget.

”We know that this has been a chaotic time,” said board chair Marilyn Dennis.

6,000 students who were eligible for free transportation also have to pay the $365.

“(The charges apply to) students who lived beyond the 2.4 kilometres, so it was based on the distance from the bus stop,” said Dennis.

“We were definitely caught off guard by it,” said Challenger.

Challenger added that the timing stinks.

The Calgary Catholic School District is also hiking bus fees by $147 for this school year.

The CBE say they hope to hear from the province in February or March about a funding framework for next year, so they can determine costs for 2020-21 bussing in a timely manner.

Both boards say the new fees are due in early January.