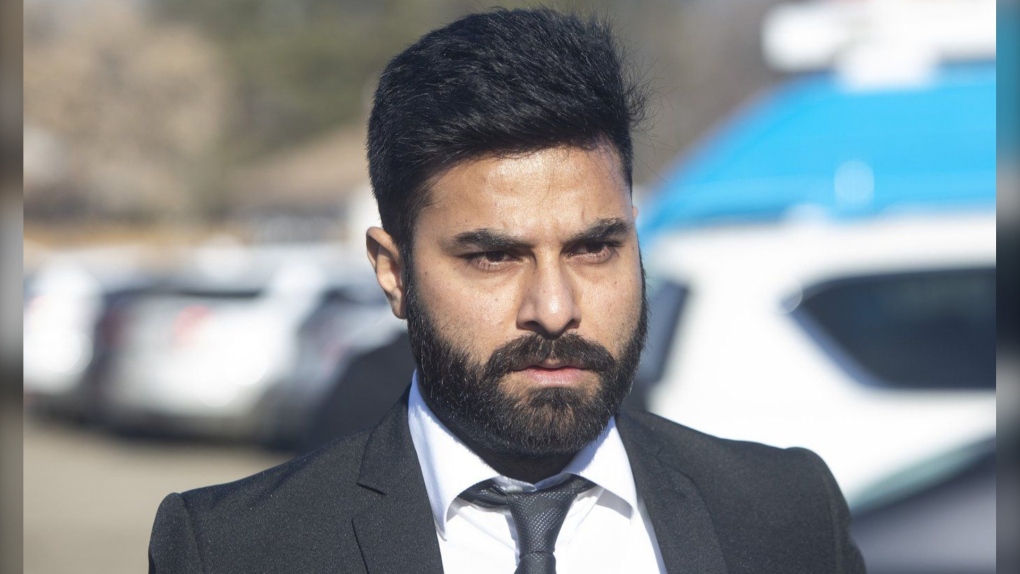 A lawyer for a former truck driver who caused the deadly Humboldt Broncos bus crash says he's cautiously optimistic that he will get the chance to argue against his client's possible deportation before Federal Court.

In 2019, Jaskirat Singh Sidhu was sentenced to eight years after pleading guilty to dangerous driving causing death and bodily harm in the Saskatchewan crash that killed 16 people and injured 13 others.

The Canada Border Services Agency recommended in March that Sidhu be handed over to the Immigration and Refugee Board to decide whether he should be deported to India.

Michael Greene, Sidhu's lawyer, said if the Federal Court decides not to hear the case, the deportation process would continue.

He said all written arguments with the Federal Court were filed in July, adding that no news can be good news when waiting for the court to make its decision.

"I'm cautiously optimistic, but I know enough not to get cocky about something like that," Greene said. "Usually when it takes time, it means you've got an arguable case."

It is also a high-profile case, so a judge might want to be extra careful, he said.

Court was told that the rookie Calgary trucker, a newly married permanent resident, went through a stop sign at a rural intersection and drove into the path of the Humboldt Broncos bus carrying players and staff to a junior hockey league playoff game.

The Parole Board of Canada granted Sidhu day parole in July for six months. He can get full parole after that if he follows conditions, including not contacting the families of the victims.

"Day parole means he is at home. He's with his wife and I can't tell you how happy that makes them," Greene said. "They're trying to get back to some sense of normalcy."

Greene said even if he is granted permission to appeal before the court and is successful, the matter would be sent back to Canada Border Services Agency for another review. He said the original officer put all the weight of his decision on the gravity of the harm caused.

"You can't get your hopes up too high," Greene said.

"Sometimes the judge will make comments in their decision that will give some guidance to the (CBSA) officers."

An online fundraising page set up to raise money to help keep Sidhu in Canada has reached more than $42,000.

A message from Sidhu's wife, Tanvir Mann, a Canadian citizen, said her husband made a "tragic mistake."

"When confronted by the unimaginable magnitude of the consequences of his mistake, he did everything he could to make things better," Mann writes.

"I pray that there are people out there who don’t believe that Jaskirat should be deported and are willing to contribute to my fight to be able to live out our lives in Canada."

The Canada Border Services Agency has previously declined to comment on Sidhu's case, but said there are multiple steps built into the process to ensure procedural fairness.

Greene said he understands that several of the victims' families are still angry.

"It's completely understandable. It is," he said. "Everybody deals with grief and loss in their own way."

This report by The Canadian Press was first published Dec. 1, 2022.