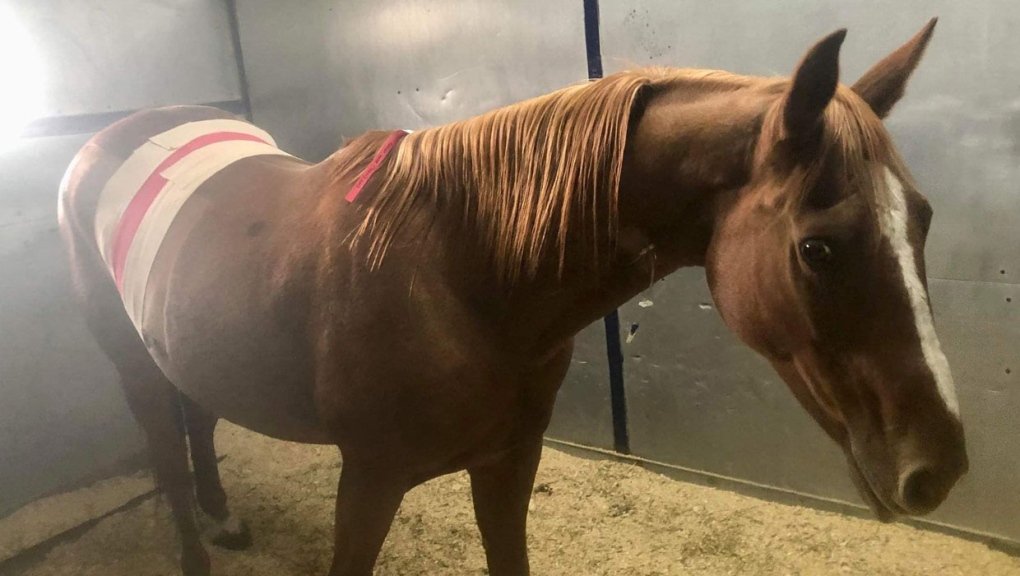 A central Alberta horse rescue agency is seeking public support to care for an 11-year-old mare that possessed a rare condition.

Bear Valley Rescue, based in Sundre, wrote on its Facebook page that the horse, named Dixie, was surrendered a few months ago.

The group says the owner couldn't handle the horse's behavioural issues and wouldn't be able to pay for spay surgery.

Upon examination, staff with the group discovered something different about Dixie.

"Turns out that Dixie has an intersex condition, and it was found that one of the ovaries was actually a testicle," Bear Valley Rescue wrote. "Both of which (were) successfully removed and with a good prognosis."

Kathy Bartley, who works with Bear Valley Rescue, told CTV News in an email that Dixie's condition is "fairly rare."

"Our veterinarian said she had never seen a horse with no outward signs (she has external female genitalia) but having the internal differences that Dixie has," Bartley said, adding that the veterinarian initially believed the horse had a medical issue with one of her ovaries.

"She was extremely surprised that the ovary, upon removal, had the appearance of a testicle."

While the horse is on the road to recovery, the group says it is still seeking donations to help with Dixie's care.

You can find details on how to help Bear Valley Rescue on its website.