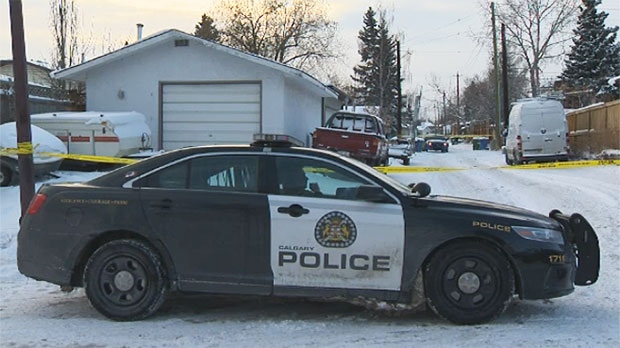 Olara Obina of Calgary was found dead in a vehicle in a Ranchlands alley on Saturday, November 4, 2017.

CALGARY -- The Calgary Police Service confirms first-degree murder charges have been laid against two men following a three-year-long investigation into the death of a man in a northwest neighbourhood.

CPS believe the man was shot in the back alley in the early morning hours on Nov. 3, 2017.

The victim was identified as 29-year-old Ronnie Olara Obina of Calgary.

Investigators believe the attack was targeted and are still working to determine the motive.

On Oct. 23, two men were arrested in Regina, Sask, by the Regina Police Service in connection with Obina's death.

Jessie Pearson, 33, and Jayme Scott Denovan, 30, both from Calgary, have each been charged with one count of first-degree murder.

"This investigation was extremely complex and required the dedication and coordination of resources from across the Service and from other law enforcement partners," said Staff Sgt. Martin Schiavetta of the Calgary Police Service homicide unit.

"This is a great example of even with the passage of time, our members are committed to uncovering the truth and holding individuals accountable."

Person and Denovan will appear in court on Oct. 29.