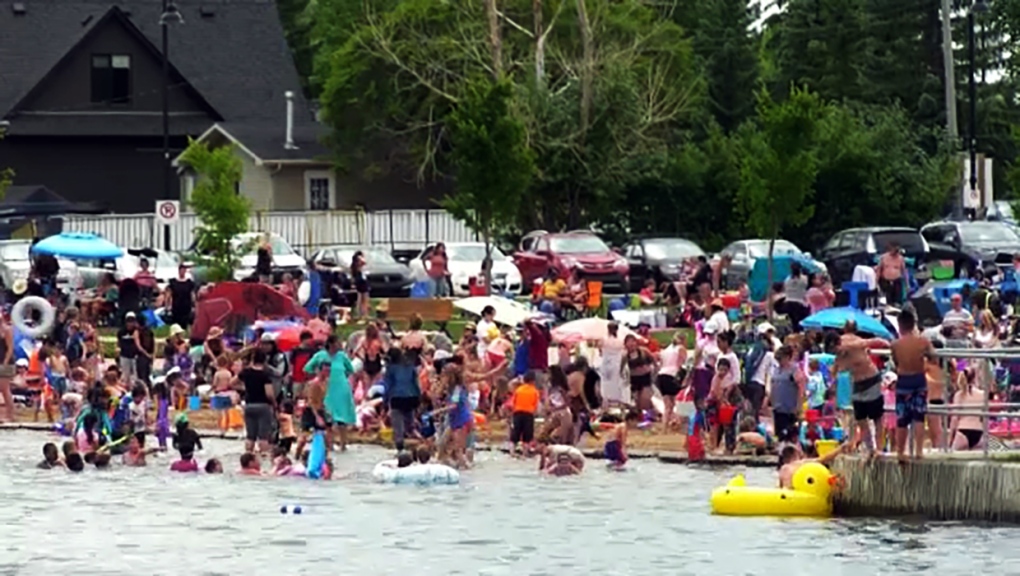 Chestermere announced limits on the capacity of its three beaches Tuesday

CALGARY -- The City of Chestermere set a new maximum capacity limit on its beaches Tuesday to ensure visitors will be able to effectively distance from each other.

Crowds in Chestermere’s parks have become a concern for the city amidst the pandemic,  as many visitors were not following provincial physical distancing requirements.

“We know that people want to enjoy the summer, but safety must come first,” said Chestermere Mayor Marshall Chalmers in a release.

“Without provincial guidance, we were restricted in our ability to enforce provincial distancing as these are public parks and beaches," Chalmers added.

The city received a requested guidance document from the province that enables municipalities and beach operators to enforce distancing and reduce overcrowding.

Once the new occupancy guidelines were received, the motion was passed by council on the same day.

Chalmers said, “City council is committed to strong leadership. As soon as we received news that the province had issued the guidance document, we made plans for an urgent council meeting to implement our local restrictions under the provincial direction.”

There is no time limit for visitors on how long they can stay at the park once admitted. However, the city will be controlling and monitoring capacity limits with fencing, designated entrances and exits, and staff.

“We know that summer is a short season in Alberta, and we want to ensure that our beaches and parks enable residents and visitors to enjoy the good weather in the safest possible way,” Chalmers said.

Chalmers also noted that if overcrowding continues, the city may implement further limits on beaches.

The new measures are expected to be in place for next weekend.