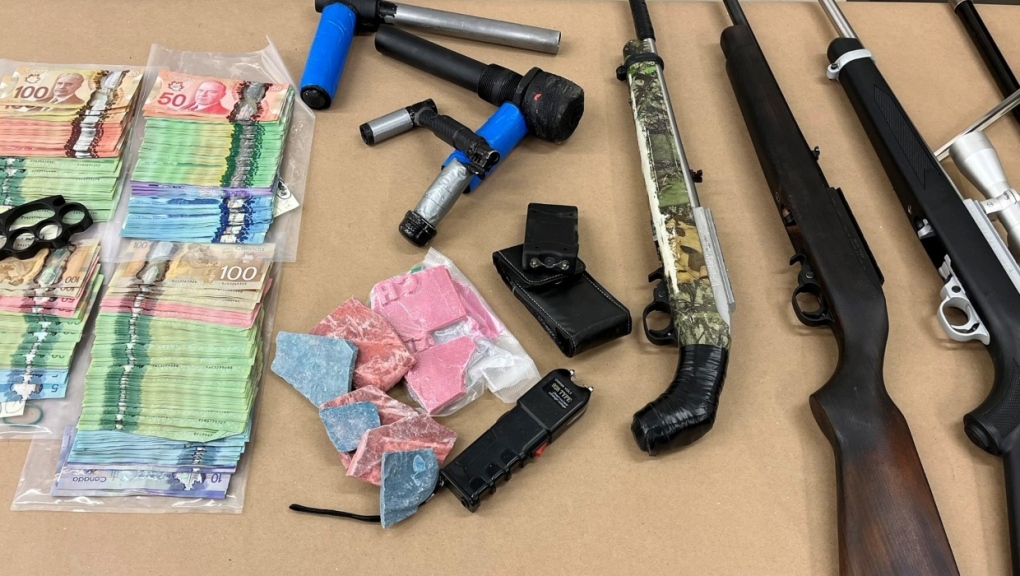 Lethbridge police say they seized a "massive" quantity of drugs, weapons, cash and stolen property from a home where a child was living.

The investigation into local drug trafficking activity, which began in September, culminated with the search ofa northside home on Wednesday.

During the search, police seized fentanyl, MDMA, cocaine, methamphetamine, Oxycontin and an assortment of narcotics (in pill form) worth an estimated $140,000.

In addition to the drugs, police seized:

Police say officers also found nearly $13,000 in cash alleged to be proceeds of crime, and an assortment of stolen property including an e-bike, electronics, tools and body armour.

A male at the home was taken into custody without incident and a female was arrested following a targeted traffic stop.

Lethbridge police say a young child was determined to be living in the home, and Child and Family Services are now investigating.

A 51-year-old Lethbridge man, who cannot be named in order to protect the identity of the child, is charged with:

He was remanded in custody to appear in court Dec. 1.

A 47-year-old woman, who cannot be named in order to protect the identity of the child, is charged with one count of causing a child to be drug-endangered.

She was released from custody and is scheduled to appear in court Jan. 10.