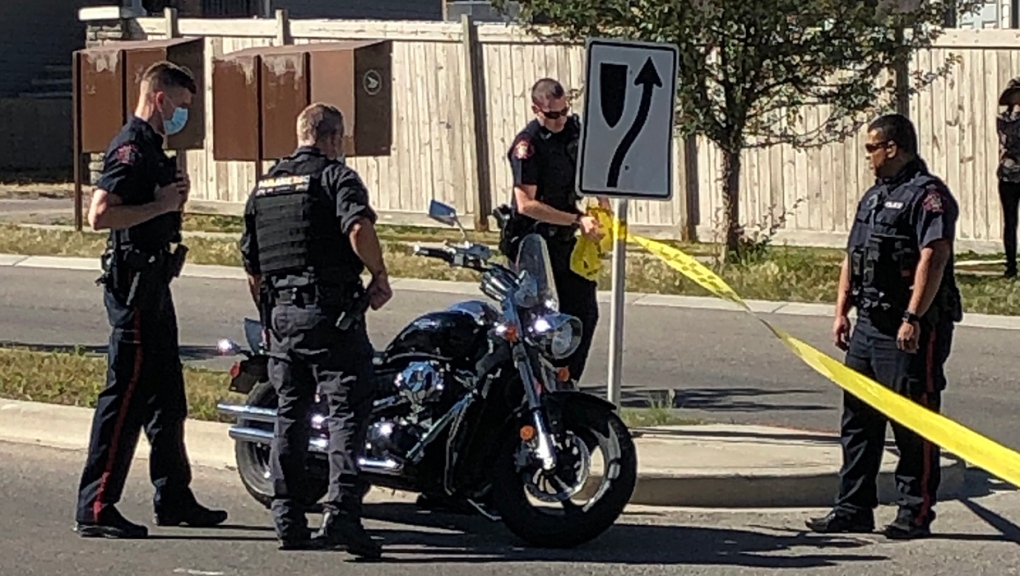 CPS members inspect a motorcycle on Panatella Blvd. N.W. following a Tuesday afternoon collision that sent a child to hospital

CALGARY -- A four-year-old girl was transported to hospital after being hit by a motorcycle in a northwest neighbourhood Tuesday afternoon.

EMS officials confirm crews responded to the 800 block of Panatella Boulevard N.W. shortly after 3 p.m. following reports of a collision.

The child was transported by ambulance to the Alberta Children's Hospital in serious condition. The child's parents were with her and also travelled to the hospital.

The motorcyclist remained on scene following the crash.

A section of Panatella Blvd. has been closed to traffic.