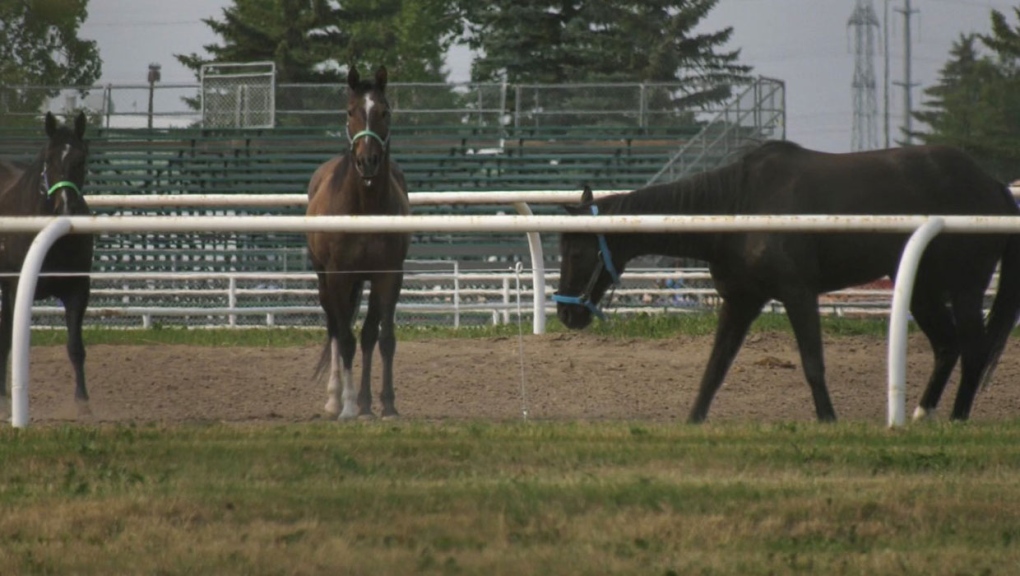 Wagons at Westerner says a chuckwagon horse needed to be euthanized after it was injured during a race on Saturday evening.
CALGARY -

Officials with a chuckwagon competition held in Red Deer, Alta. this weekend say "an unfortunate incident" occurred during a race Saturday, resulting in the death of one of the horses.

The statement, made by Wagons at Westerner, says an incident took place Saturday evening, during the final heat of the North American Pony Chuckwagon Championships.

"One of the equine athletes lost stride, causing the wagon to halt allowing no time for reaction and affecting the driver behind as well," the statement read.

"An onsite veterinarian immediately cared for the horses on the track and determined the extent of the injuries. Unfortunately, due to the injuries sustained, one of the horses was euthanized." 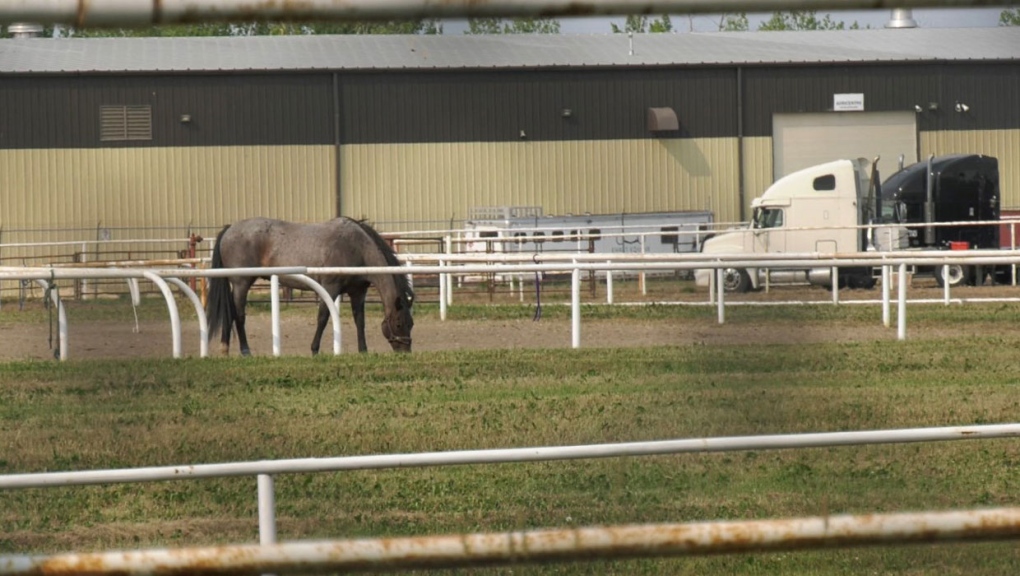 All of the other animals on the track were assessed and found to be in good health.

Neither one of the drivers of the chuckwagon were injured in the incident.

Despite the unfortunate situation, officials said they remain "committed to the safety of the drivers and their animals."

"Every possible precaution is taken to ensure the animal’s safety and wellbeing."