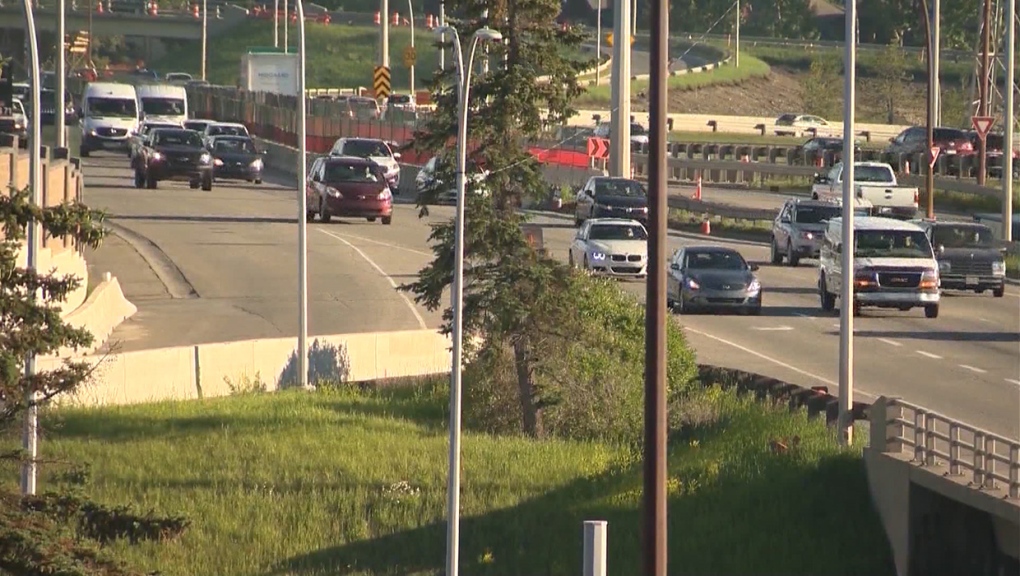 The City of Calgary has announced the completion of upgrades to Crowchild Trail between Bow Trail and Fifth St. N.W.

The section of the road that spans the Bow River and CP railway tracks has undergone a major overhaul over the years including the creation of new lanes, the relocation of ramps and upgrades to the pathway network.

The project, which cost $87 million, began in October 2017 and was completed on budget despite significant challenges.

"We weren't sure with COVID-19 that came earlier this year if we would have some struggles," said Kerensa Swanson-Fromherz, the City of Calgary's director of transportation infrastructure. "Our contractors responded with, I think, great resilience and innovation in coming up with unique ways of taking advantage of opportunities with lower traffic volumes to accelerate certain parts and to deal with potential supply chain issues that came up.

"At the end of the day, we were able to finish the project on budget and safely this year."

Construction workers will be present in the area working on cleanup and the erection of noise walls.

The City of Calgary's long-term plans for Crowchild Trail have not yet been funded and are not expected to begin until 2030 at the earliest.