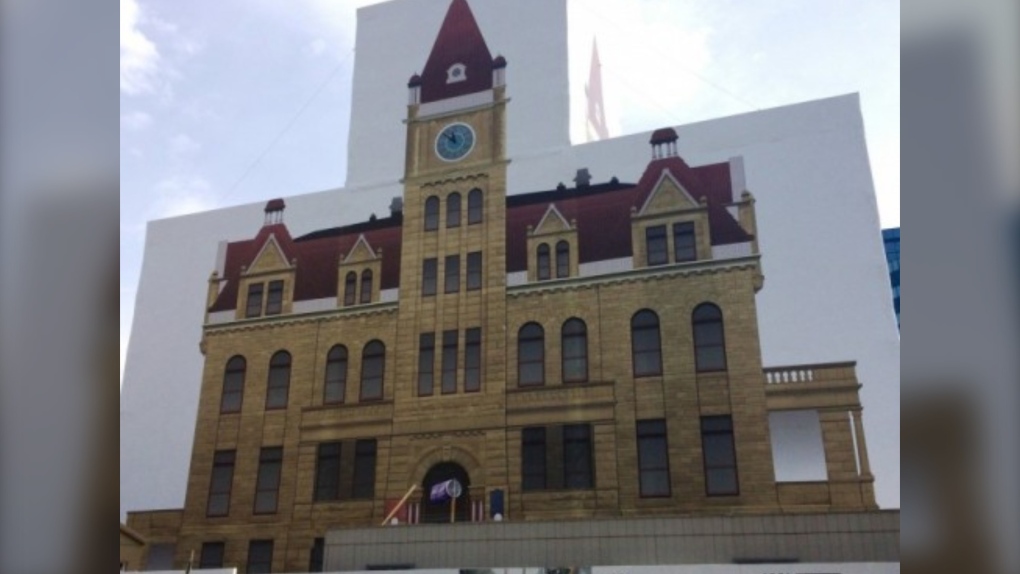 CALGARY -- After nearly three years behind scaffolding and a protective wrap, the sandstone exterior of Calgary's historic city hall is scheduled to see the light of day in the coming weeks.

According to city officials, the enclosure and scaffolding are slated to be removed by the end of June with tenants returning to the building in September.

"What Calgarians will see when Historic City Hall is unwrapped is a refreshed, rejuvenated version of the familiar landmark that has graced Calgary for more than a century," said Darrel Bell, acting director of Facility Management, in a statement released Wednesday. "The work we've done on the sandstone over the last three years has been a labour of love and has restored our sandstone to a condition set to last for another hundred years."

Old city hall was shielded with protective wrapping in May of 2017 when work began on renewing the more than 15,000 pieces of sandstone on the building's exterior. Each piece that remained in reasonable condition was removed, cleaned and structurally fortified while approximately 2,400 pieces that had considerable deterioration were replaced.

The wrap, which protected both the building and workers from the elements, to depict old city hall. Construction of the building began in 1907. 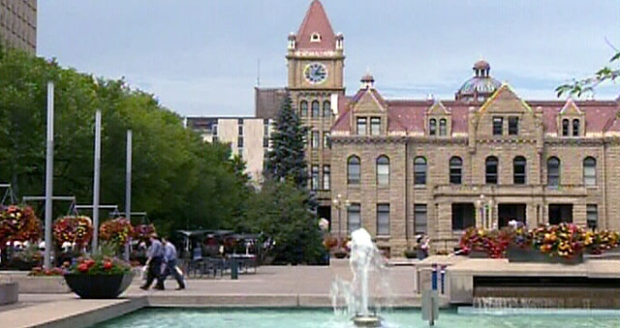