CALGARY -- The Alberta Government needs to get rolling on the Green Line LRT project immediately if it expects any construction to begin in 2021, a Calgary councillor says.

It's been nearly three months since Calgary's city council voted to pump the breaks on the $5.5 billion mega project in order to engage with the province on a number of concerns it raised about the design and procurement strategy of the Green Line.

"I'm not sure if the province really understand the damage they're doing to the project by this never-ending questioning," said Ward 12 Councillor Shane Keating.

"We're kind of stuck in this limbo."

Stage one of the project is planned to run from Shepard in the south to 16th Ave. N, but it will be built in three segments. Construction on the project is anticipated to create 20,000 jobs, the city says. 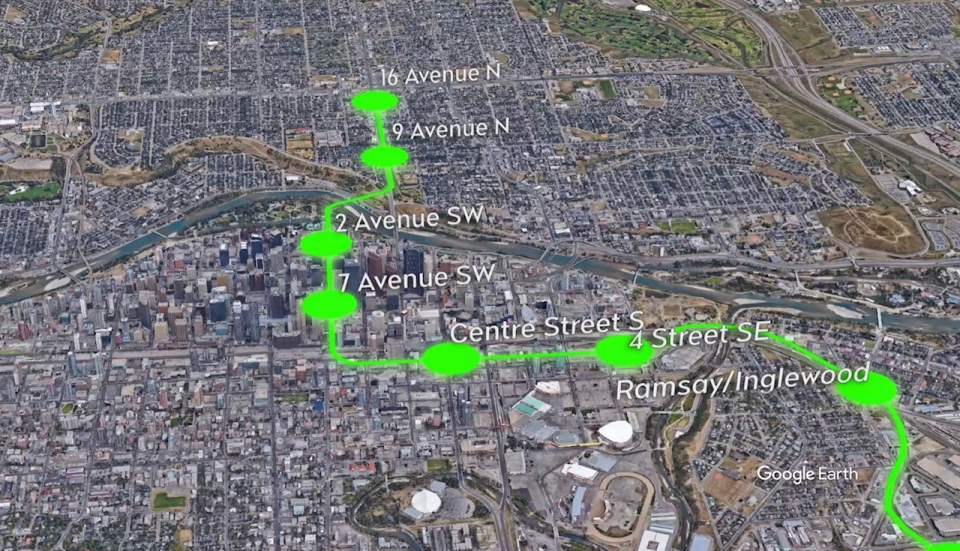 Keating, who has been a booster of the project and chaired the city's Green Line Committee, says the province said the pause to review the project would last three months.

"We have to have a contract signed this year and I'd love to see shovels in the ground, but every day that goes by... the possibility of that diminishes greatly," Keating said.

The Alberta Government remains committed to the Green Line, the transportation minister says, but the province is doing its due diligence.

"Alberta Transportation is working cooperatively with the City of Calgary as partners to ensure the Green Line is delivered in the best interest of those who need it, as well as the taxpayers who fund it," said a statement from transportation minister Ric McIver

The province allocated $25 million in Budget 2021 for the Green Line and set aside another $341 million in the subsequent two budgets. The federal government has also committed more than $1.5 billion to the project.

"Budget 2021 re-iterates our $1.53 billion commitment to the Green Line," the statement from McIver reads.

A business group representing retailers in Crescent Heights Village says the consensus is that the Green Line will cause short-term pain, but will result in a long-term gain.

"It will take Centre Street N. -- which has been a long-neglected stretch of Calgary -- from a commuter in-and-out-of-downtown situation into more pedestrian-friendly," Leard said.

Leard adds that not every business owner is in favour of the project as-is and there are still questions about the disruption caused by construction and the plan to relocate parking that'll be used for the new LRT route.

"The business along that main street area will see a huge amount of benefit when the Green Line project is complete," she said.

More than $500 million has already been spent on design and land costs for the Green Line.