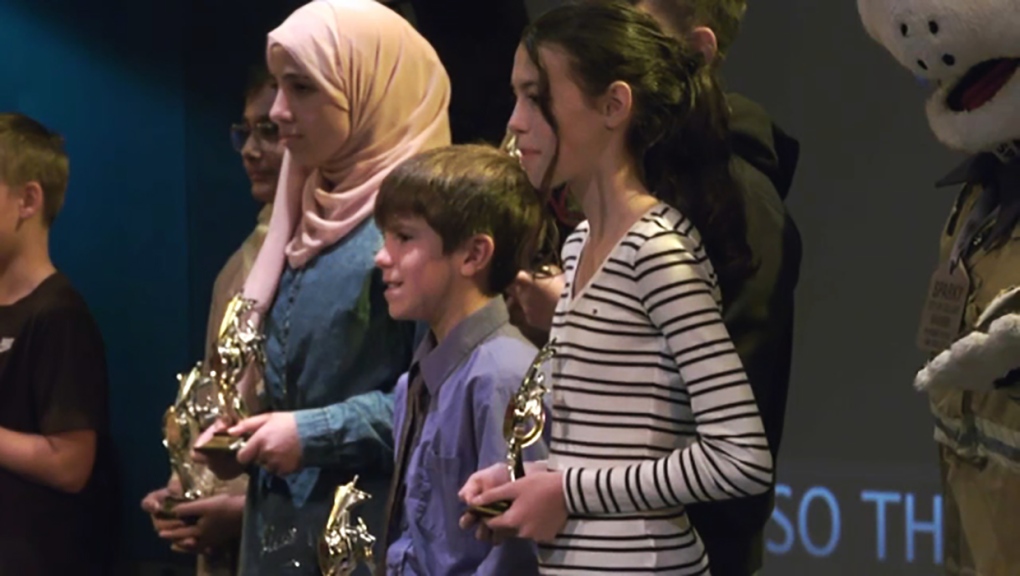 The City of Calgary celebrated a few good 911 heroes Friday.

That was their term for paying tribute to seven young people who were recognized for their courage, maturity and quick thinking in helping to bring emergency assistance to someone in need.

Each of the youths was nominated by the person who took their call.

"The bravery of our heroes, and their ability to stay cool under pressure is something that should be celebrated," said Susan Henry, Calgary 911 Chief. "These children have set an example that everyone can learn from – knowing when and how to call 911 is a skill that can save lives."

The seven 911 heroes and their stories:

Haley Tibeau was walking through her Chestermere neighbourhood when a fire alarm sounded at a nearby home. The 13-year-old knocked on the doors, and when no one answered ran home to call 911. Haley provided precise information to the emergency communication officer, leading to the Calgary Fire Department responding to and shutting down a faulty alarm.

Mohamad Kazmuoz, who was translating for his parents, called to report that the family's vehicle had been stolen overnight. 10-year-old Mohamad was articulate, precise with details and was able to also translate instructions to his parents about contacting their insurance company.

Reem Abo Sheffa, 14, reported a hit-and-run accident that took place outside their home that damaged their vehicle. Reem translated for her father and was able to provide important details about the vehicles involved in the collision, along with providing additional important information about the accident to her family and bystanders that helped ensure no one was hurt.

Ben Donegan called 911 after seeing a motor vehicle rollover. The 10-year-old's mom is a nurse, so while she helped the people in the vehicle, Ben called 911. He was able to confirm the location, in addition to relaying important information about location, along with details about there being someone trapped in one of the vehicles and fluids leaking from a vehicle. Police, Fire and EMS quickly responded thanks to Ben's detailed call. 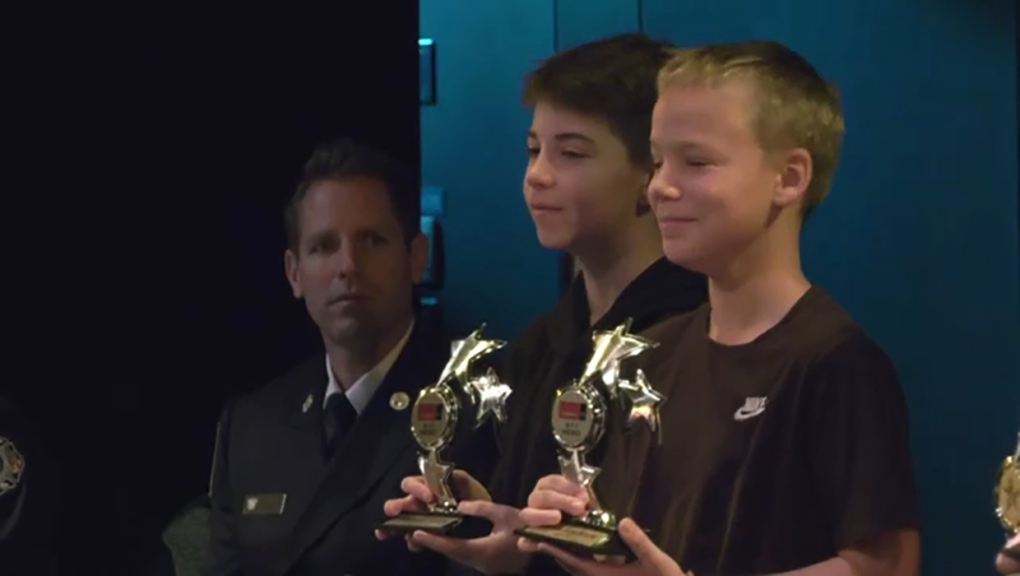 Jaxon Erickson, 11, and his 12-year-old friend Dylan O'Keefe were hanging out in Irricana when they discovered a man acting funny, who started a grassfire. Jaxon and Dylan provided specific details to 911 that allowed firefighters to arrive quickly, along with crucial information that allowed them to save the man and fight the fire. The quick response to the boys' specific information helped fire crews quickly extinguish the blaze. They also followed instructions carefully, staying on line to provide updates.

Ramiza Ahmed, 11, called 911 after her and her mom were in a motor vehicle collision. Ramiza helped translate for her mom. It was challenging determining their location, until Ramiza identified a nearby business that helped police, fire and EMS crews locate the scene. Ramiza remained calm, and provided detailed answers to questions. She also made sure everyone stayed safe.