CALGARY -- Stephen Avenue might be struggling mightily in 2021, but the design imagining what it might become is an award winner.

That was the word from the City of Calgary Friday, which announced that its Future of Stephen Avenue project was one of two city projects cited by the Canadian Society of Landscape Architects (CSLA) as award winners.

The Future of Stephen Avenue was given a 2021 Award of Excellence by the CSLA. The second project, Dale Hodges Park, won the overall Jury Award for Excellence for public landscape, given to the project that best reflects the CSLA's vision of advancing the art, science and practice of landscape architecture. 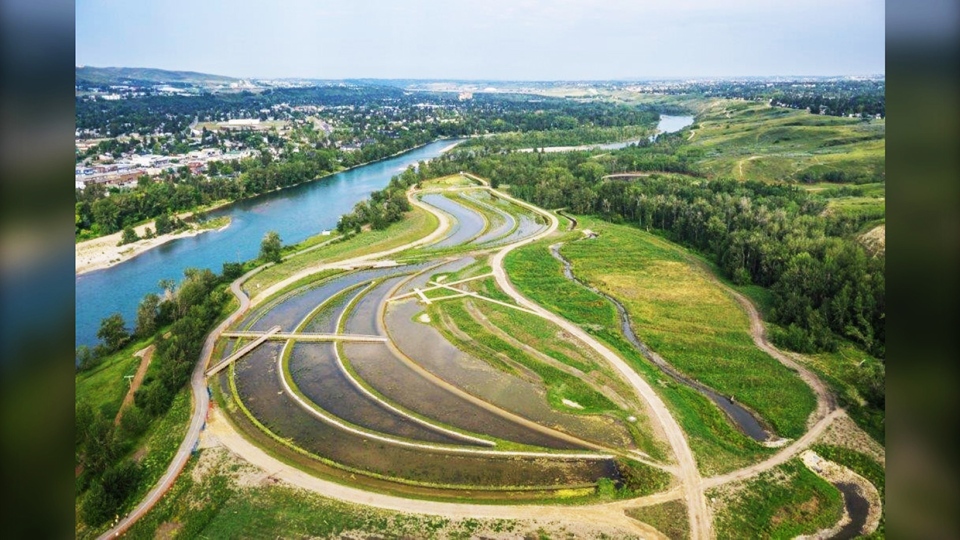 "The project is one of kind," said project lead David Harrison. "Typically storm water's source, route, and where it goes are either unapparent or largely invisible in our cities while storm water ponds are often considered an inconvenient infrastructure necessity. At Dale Hodges Park, storm water was drawn to the surface and viewed as an opportunity to create a unique park and provide valuable habitats," he said.

The Future of Stephen Avenue is intended to provide a foundation for the City of Calgary to collaborate with stakeholders as it seeks to reinvent the street in the coming years. Among the plans are sizeable renovations of Arts Commons and the Glenbow Museum.

"We have a great team dynamic between The City, the Calgary Downtown Association and our project consultants Gehl, Stantec and James Lima Planning + Development," said project manager Michael Magnan.  "We were committed from day one to create a strong vision for the Future of Stephen Avenue. Winning an award from the Canadian Society of Landscape Architects is recognition from our peers that we've done something special.

"For me personally, as a lifelong Calgarian and a landscape architect," added Magnan, "it's a huge honour to have the opportunity to lead this project on behalf of a city that I love."