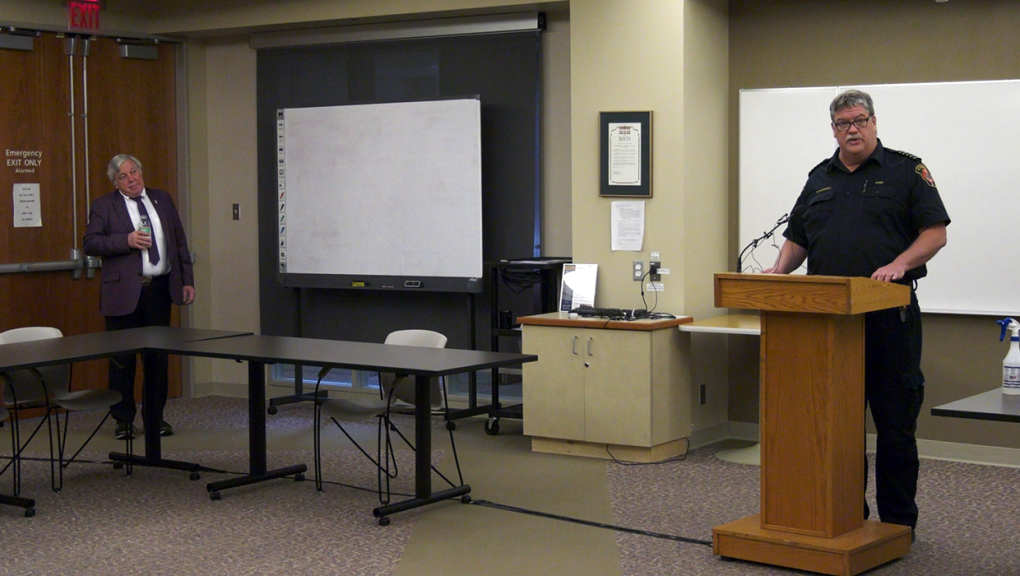 CALGARY -- Mayor Chris Spearman realizes people are hungry for a sense of normalcy due to the COVID-19 pandemic, but he says the reality right now is the City of Lethbridge hasn’t received clear direction from the provincial government on re-opening the economy.

The provincial relaunch strategy was announced on April 30th and listed as early as May 14th as the date where Stage 1 of the strategy could begin.

That could allow some businesses and facilities to resume full operations with enhanced infection prevention and controls in place, but until the City receives direction, many of the closures around town will remain in place.

“There has been a lot of communication, I have to be fair, there have been weekly town hall meetings," Spearman said.  "Sometimes we’re looking for additional clarification, some things are mentioned notionally that they’re working on and that gets people excited, but then you don’t get the details so that’s a little bit of a concern."

Many health measures put in place as a result of the pandemic like limits on mass gatherings and social distancing restrictions remain in place. The City is continuing to exercise caution when it comes to protecting the health and safety of the community, as even in a potential Stage 1 of the re-opening plan, careful evaluations in consultation with health experts would be required for businesses.

“Many residents feel things are going to return to normal at this time,” Director of Emergency Management Marc Rathwell explained. “Again, they need to curb their expectations slightly. May 14 is a suggested date, and we want to make sure everything is safe for our citizens and staff.”

The City’s Emergency Coordination Centre has been meeting with various departments and leaders since the relaunch plan was announced, and through those meetings, the ECC has been gathering questions to continue to take forward to the provincial government for clarification.

“We need to be very cautious as we reopen. We don’t want to have any gaps or have any spots where this virus can be transmitted. It’s super important we catch all those pieces before we open up a facility and we can’t stress the importance of that,” Rathwell said.

Even though Lethbridge is in good shape in terms of case numbers, without the specific clarifications the City is seeking, he believes it could take businesses a little while to prepare for what things will look like in this new reality.

“And then they may need to train their staff to do things differently. So, this is not easy, and it does take a carefully planned approach. I hope that businesses can access the resources that they need through the government sites to get clear answers,” Spearman stated.

On Monday, the provincial government launched a new Biz Connect website that will provide workplace guidance and supports to businesses and non-profits as they prepare to re-open and resume operations safely.

Some Stage 1 re-openings being looked at from the City of Lethbridge’s perspective include museums and art galleries, summer camps at City-operated facilities, and outdoor recreational facilities like tennis, pickleball, and basketball courts.

There’s no official opening date for those amenities right now, but plans are being developed and will be announced publicly when the time comes.

Alberta Health Services will conduct inspections, according to Rathwell, to make sure local businesses are abiding by the rules.