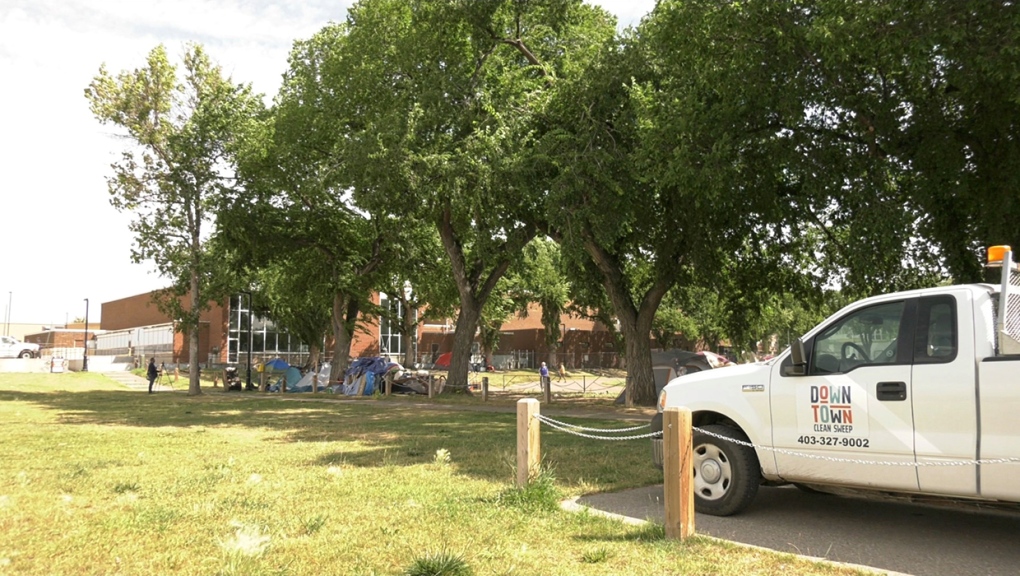 The new act allows the Lethbridge Police Service to ticket anyone who doesn’t leave the premises within the time frame. But advocates are frustrated with the move.
LETHBRIDGE, Alta. -

It’s become a common theme in Lethbridge, the setting up and dismantling of homeless encampments. As a result, the City of Lethbridge has given residents in the encampment 24 hours to vacate the property or they could potentially face a fine.

“We’re taking a little more action where, again, where we're having more concerns for safety of the general public,” said Mike Fox, director of community services for the City of Lethbridge.

The City of Lethbridge has enacted the Petty Trespass Act for those living in the encampment near Civic Centre. The new act allows the Lethbridge Police Service to ticket anyone who doesn’t leave the premises within the time frame. But advocates are frustrated with the move.

“I understand where the police are coming from, it's difficult, your job is to enforce the law and you're told to do it by your superiors and you issue a ticket, but that ticket will not be paid,"  said Bill Ginther, who works directly with the homeless population. "So you know you're putting people down one path and that is to jail and you are not solving anything at all, nothing,” 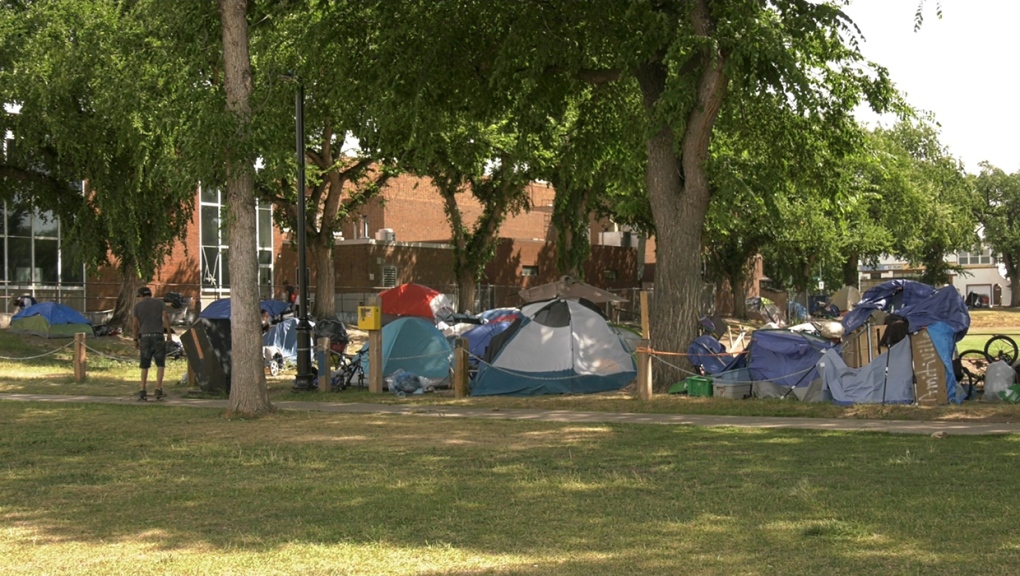 Many staying in tents say the encampment offers a more secure place for people to stay rather than being spread out downtown.

Many staying in tents say the encampment offers a more secure place for people to stay rather than being spread out downtown.

Margie Spear Chief has been experiencing homelessness for the past 15 years and said the removal of the encampment has forced everyone out with no other place to go.

“Sometimes the shelter is too full or they put us somewhere else like the kitchen area and that's too full, if they're both full then we have to sleep outside,” Spear Chief said.

Last week, city council voted 7-1 to allocate up to $230,000 in one-time funding to assist in the administrative and policing funding shortfalls to expedite compassionate clean-up at encampments.

But the city said nothing is different for this clean-up compared to previous ones.

“Nothing has really changed,” Fox said. “The city is continuing to do what we have set out to do. As we stated several months ago, when an encampment becomes entrenched, there's dangerous activity that starts to happen and safety issues that develop within an encampment setting that can be a risk to people in the encampment but also to the general public.”

Funding, advocates say, could be used to find other meaningful solutions.

“I think it's giving lip service to a real big issue,” Ginther said. “Putting the money in it makes it look like we (the city) are taking it serious and I think it’s a smoke-screen, I really don't see any evidence of anything happening.”

Advocates say city council needs to focus on permanent solutions, services and affordable housing for the city's most vulnerable.

“We all know each other and we help each other out, we're like a family here,” Spear Chief said.

Council will hold a special meeting to discuss the operative clauses in the initial motion, which include allocating up to $470,000 in one-time funding to move forward with more suitable solutions for encampment concerns that go beyond just the clean-up stage.