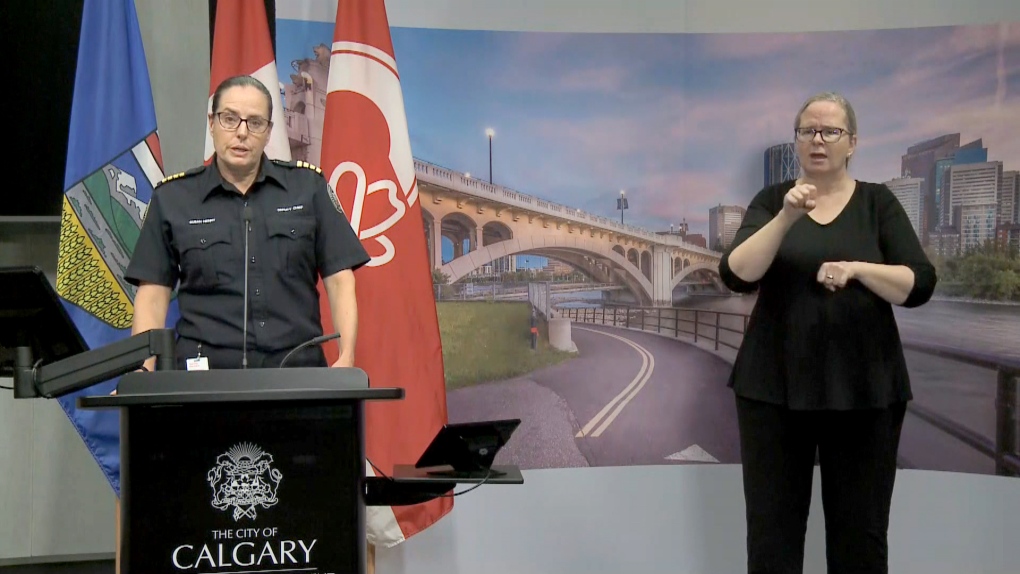 CEMA Deputy Chief Sue Henry speaks to the media during a regular update on COVID-19 in Calgary.

CALGARY -- City-owned golf courses will open to the public on May 14, Mayor Naheed Nenshi announced during Tuesday's COVID-19 update, however that date is dependent on the city being able to supply employees with personal protective equipment.

Online bookings are set to begin at noon on May 11.

New rules will be in place, meaning pro shops will remain closed. Power carts and pull carts will be available, however power carts can only be shared by people who live in the same household.

There are seven city-run courses at five locations in Calgary:

Public courses reopened on May 2 as part of a phased relaunch of the economy by the provincial government.

The first phase began Monday with the resumption of scheduled, non-urgent surgeries, along with services offered by sidelined health care workers like dentists, physiotherapists, speech pathologists, social workers and more.

Workers will continue to follow health guidelines set by their respective colleges.

Access to provincial parks and public lands resumed Friday and Alberta Parks' online reservation system will once again be available May 14 for bookings beginning June 1.

Bookings will not be accepted from outside of the province and group and comfort camping won't be offered.

Private and city campgrounds and parks can also operate beginning May 4, as long as campers and park users respect two-metre physical distancing rules.

If health orders continue to flatten the curve after the first steps are taken, Premier Jason Kenney said some businesses and facilities can start to resume operation as soon as May 14, including:

Kenney said the first phase of the plan will not change current public health measures including a limit on gatherings of more than 15 people, recreation facility closures, the cancellation of all mass gatherings like summer festivals and concerts, or in-person classes in K-12 schools.

Playgrounds remain closed in Calgary, but parks are open. Team sports that involve touching other people or the same ball or piece of equipment are banned — though people living in the same home are allowed — but some more uses are now being allowed, including:

Police and bylaw officers will continue to patrol parks and public spaces for people not keeping at least two metres away from others.

Henry said the cannabis and social distancing tickets were given to two people seen sharing a joint while sitting on a bench on Crescent Road N.W., which is a popular lookout north of downtown.