CALGARY -- The City of Calgary has come forward to help an organization that has been struggling to find a permanent home after a freak weather event caused the roof of a southeast arena to collapse.

Three years ago to the day, a heavy snowstorm blanketed the city on Feb. 20, 2018. The severe weather resulted in the roof of the Fairview Arena and Community Hall, in the 8000 block of Fairmount Drive S.E., to buckle under the weight of the snow.

No one was injured when the roof came down because crews were warned about issues prior to the incident. 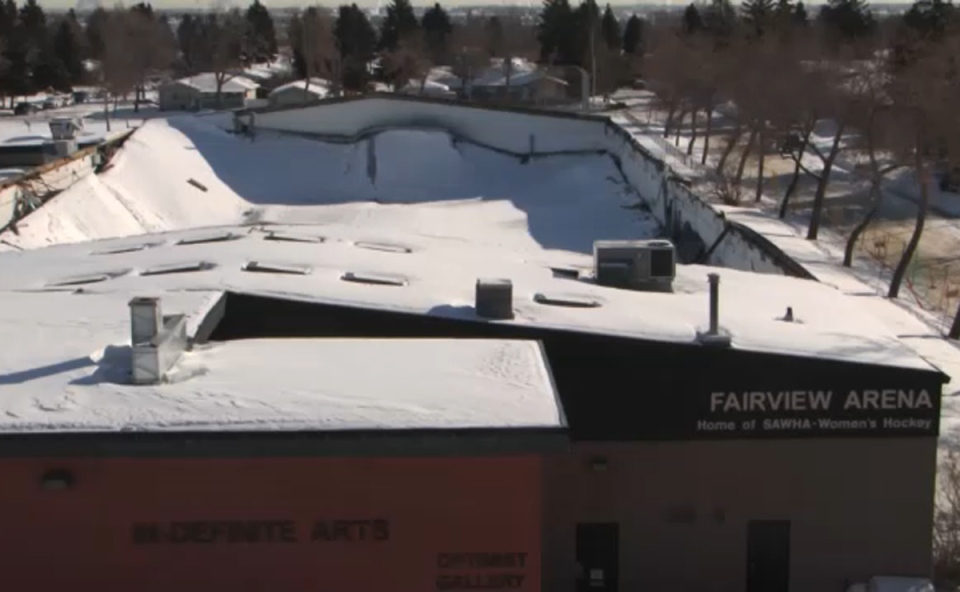 However, the extensive damage to the building meant that a number of organizations would need to find another place to meet.

One of those groups, the National accessArts Centre (NaAC), formerly known as the Indefinite Arts Centre, was homeless. It ended up moving several times in the years since, but will soon have a new place to set up.

Thanks to a $2.5 million commitment from the City of Calgary, the NaAC will have a permanent home.

The money will be used to revitalize the former Scouts Canada building, located at 2140 Brownsea Dr. N.W.

The announcement is influential for young artists like 26-year-old, Meg Ohsada, who regularly made the trip to the centre every Monday from her home in Canmore.

Though Meg isn't always able to express herself vocally, her mother Noriko spoke on her behalf to CTV News.

"We are so thrilled with the news and going there, seeing other artists and being creative gives her so many possibilities," Noriko said.

"With the instructors full of ideas and encouragement, Meg can create and be free to make her art without any struggles."

The Ohsada family is also very encouraged with future plans to build a performing arts centre adjacent to the revitalized building, which will allow for music and dance programs.

"There is now opportunity for more exhibitions and competitions through the organizations and that gives Meg more goals which is really important in life."

"This is an exciting step forward for our organization," he said. "For three years, we've faced tremendous challenges and uncertainty following the collapse of the adjoining arena, and this has had an impact on our community of more than 300 artists living with disabilities.

"Now, we are moving towards having a safe, fully accessible home for our organization."

The funding will pay for the first phase of building and interior upgrades to create the continent's first multidisciplinary, accessible arts hub.

The NaAC says it is confident that both provincial and federal partners will come forward with aid for the rest of the work.

Construction is expected to begin in the spring, with the facility ready to be occupied by late 2021 or early 2022.

As for Fairview Arena, city officials decided last November the damage was too extensive and would demolish the building.