The signs note events such as “Benjy, the first hamster to fly solo around the world took off from this spot in April 1937.”

Another notes that “This bench marks to first confirmed UFO landing in Calgary, in 1963”

The plaques  appear professionally installed on old worn park benches lining the trail on the western edge of Bowmont Park near the Home Road entrance.

While most park users walk past them without taking notice the ones who do see the plaques say they bring a smile to their faces.

“When I saw the  first one, I thought isn't that cute? It  made me smile, and then when we found the next one, then it became a hunt. How  many more are there? Where are they?" said Jennifer Diakiw, a regular visitor to the park.

“There's a really neat person who has done this or group of persons. And I think they're great. And they're wonderful.” 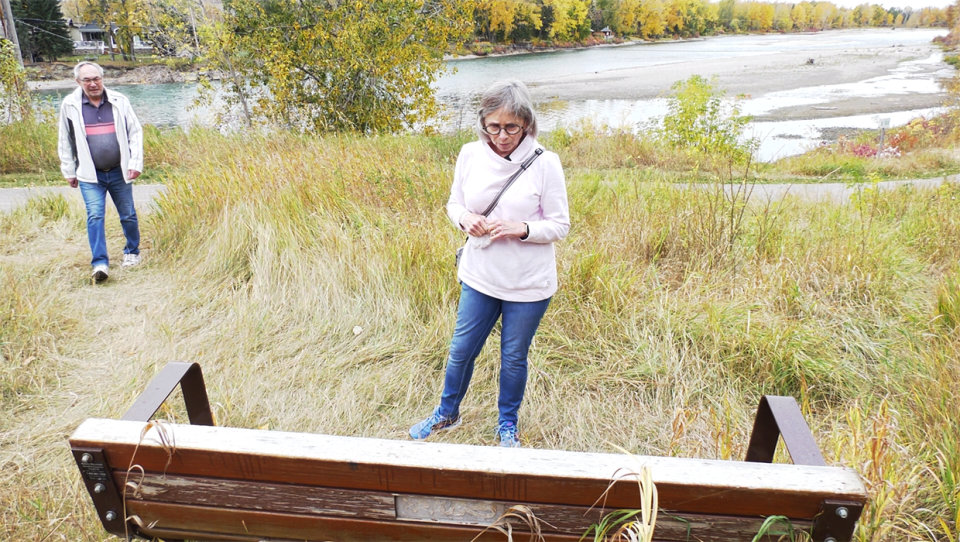 “ I love them. I think they're great," said Gary Diakiw. "They're whimsical and and they're fun. And I'm not sure how many people notice them - it took a long time for us to notice them. But they're nice. Someone had a lot of initiative to go out and produce these and come along in the middle of night and screw them in.”

But the City of Calgary doesn’t love them. In fact after learning about the plaques, it is taking steps to  remove them.  Despite the quality of design, and the care in installation,  Matthew Blair,  Calgary Parks Infrastructure Lead says no-one is allowed to place signs on park benches without the go-ahead from the Calgary Parks Foundation.

“It's unwanted. And and it's arbitrary set, you know, words or graphic imagery of some description that's been applied by somebody purely unilaterally as is  graffiti.”  said Matthew Blair, Calgary Parks Infrastructure Lead, while at the same time admitting the culprit had done a pretty decent job of it.

“Yes," he added. "It's quality graphics, but we can't just have people putting their own signs up in parks.  It would be will be chaos, and terribly expensive for the city to to go around and to remove them all.”

The parks foundation is in charge of leasing space for commerative plaques. The cost for placing a plaque on a park bench is $4,200 for 10 years.

Blair said the decision to remove the humourous plaques was not financially-driven.

“In fairness to our partner -  the Parks Foundation," Blair said,  "and our commitment to them to only go through them for the plaques applied to park benches, we can't allow everybody to do this.” 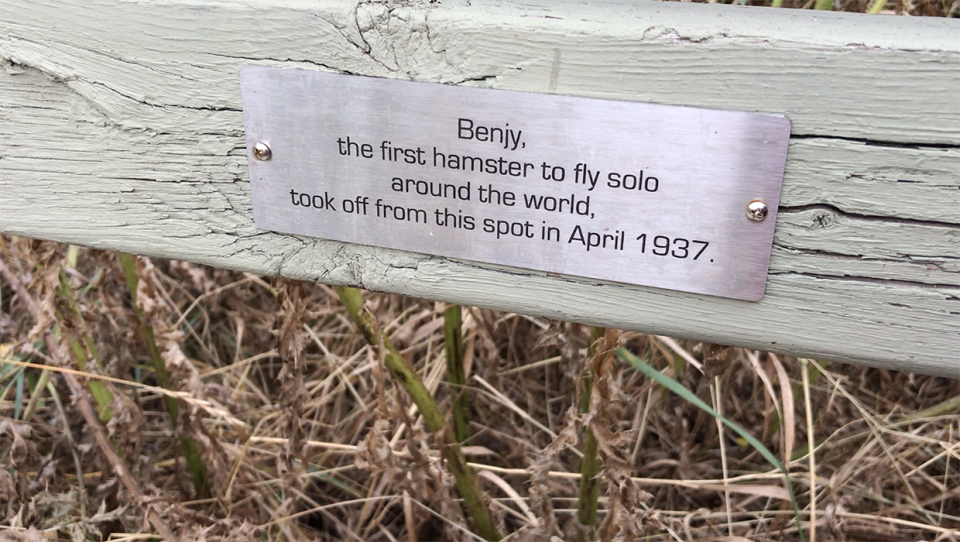 “I think that's a terrible shame," said Bowmont park user Natasha Kapty  "I really enjoy seeing those pictures on the bench makes my day a little bit brighter. And you know, they're so unobtrusive that you actually don't even notice.”

”I can think of so many pieces of graffiti all over the city that would be well worth their time and money (to remove)," she added, "but something like this?  It's very cheerful. I think that's a terrible shame if they want to take them out.”

Others hope the city will change its mind and leave the whimsical plaques in place.

“I hope we'll find out who actually put them here and why they put them here.” Said Jennifer Daikiw “But most importantly, I hope we find somebody at the city that has a heart, or at least a sense of humor.”

The  city says it plans to have the plaques removed as soon as possible, likely by the end of the week.

Blair couldn’t say whether the person who installed the signs would be fined if they were ever discovered.