CALGARY -- Some businesses are concerned a new city initiative aimed at getting more walkers and cyclists into Chinatown will actually drive away traffic.

It's all part of the city's Third Avenue 'Walking and Wheeling' upgrades , which would see roads and sidewalks in both Chinatown and Eau Claire revamped to allow for increased foot traffic.

The work would be done on four blocks near Third Avenue S.W. and First Street S.E.

But some businesses in Chinatown take issue with the development, saying it will take away vehicle accessibility in the area.

The Chinatown Business Improvement Area (BIA) says the project will cost the area valuable parking spaces, forcing cars to park elsewhere, at a time when businesses in the area are struggling.

That was the message delivered by Terry Wong, the executive director of Chinatown BIA in an interview with CTV News.

"Chinatown's been suffering tremendously, with the downturn in oil and gas," said Wong, "(along with) downtown office vacancies, and now COVID for the past four or five months. This (development) would definitely be a nail in the coffin if we start to put up barriers for people to come to Chinatown, to enjoy Chinatown.

"We want to work with the city," he added. "If it's an uncoordinated event, it will be a catastrophe." 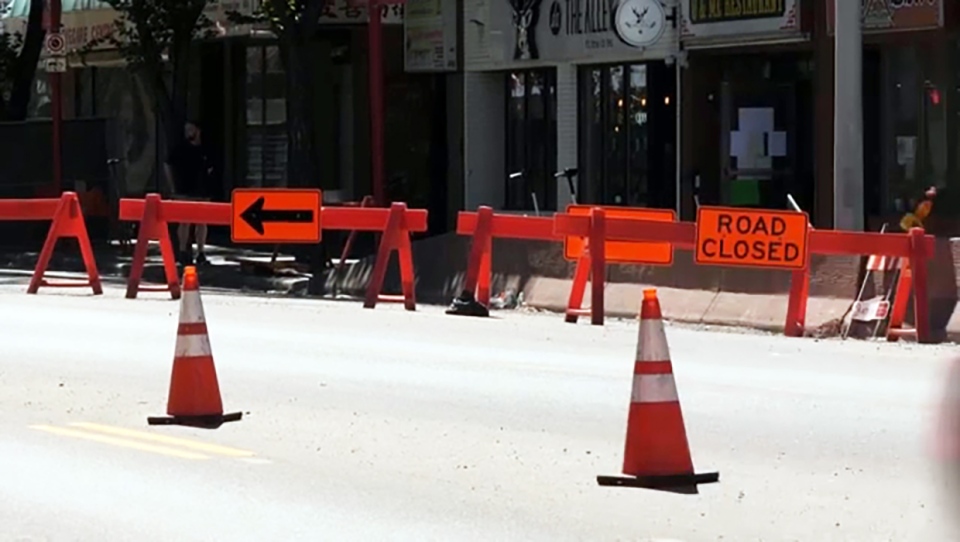 That was echoed by Annette Fung, the owner of the Silver Dragon Restaurant and a Chinatown resident, who said in a release that, "many visitors come by personal vehicles or tour buses and The City needs to provide them convenient access into Chinatown and parking. It cannot afford (to sacrifice) a single parking spot, never mind more than 35 on-street stalls. Business operations and suppliers must operate on existing roadways, and loading zone-street parking, as Chinatown does not have back lanes.

The Silver Dragon has been in business in Chinatown for 54 years.