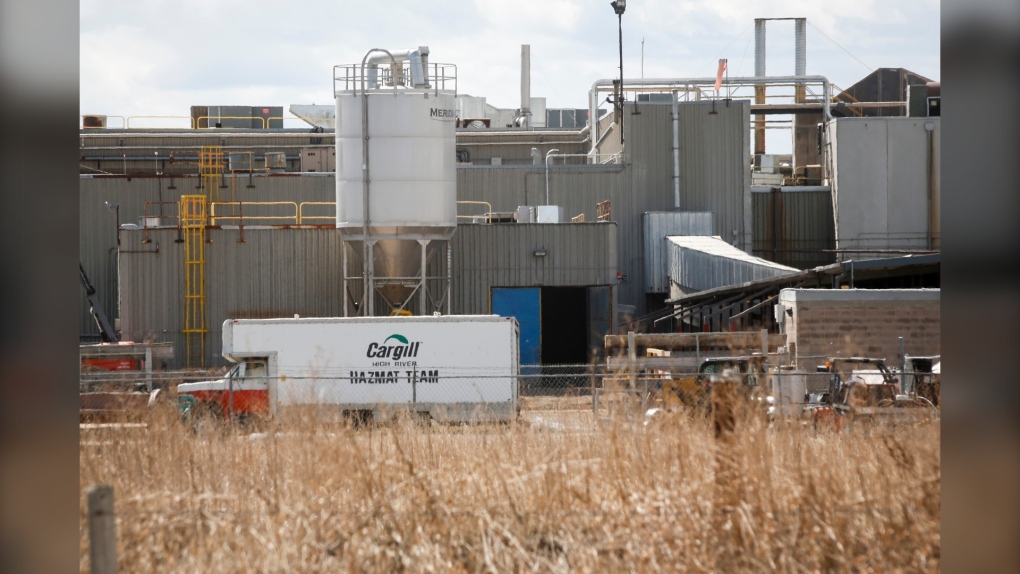 CALGARY -- A class-action lawsuit has been filed against Cargill Ltd. that claims the meat-packing company failed to take reasonable precautions to protect its workers in Alberta during the COVID-19 pandemic.

Cargill's beef plant near High River, south of Calgary, employs about 2,200 people. It shut down for two weeks in April because of an outbreak that affected 350 staff.

It reopened after bringing in safety measures that included temperature testing, physical distancing, cleaning and sanitizing.

Eventually nearly half of the workers contracted the virus and two employees died.

The lawsuit, which needs to be approved by a judge, was filed by Guardian Law Group and seeks damages for the harm done to family members, friends and other people who were in close contact with Cargill employees who contracted the novel coronavirus.

The plaintiffs do not include the employees themselves, who are covered by labour and worker compensation laws.

The statement of claim alleges that despite warnings and guidelines issued by the Alberta government, Cargill Ltd. failed to take “reasonable precautions” at the beginning of the outbreak to limit its spread.

“This is a sophisticated facility and a company well-versed in proper safety procedures. That's why it's so shocking to see them fall so far below the standard of acceptable behaviour that we expect from employers in this situation,” said Mathew Farrell of Guardian Law Group Friday.

“Businesses bear a responsibility to the community to take reasonable measures to limit the spread of this disease, and where they fail to do so, we will hold them to account for the harms that result.”

The allegations have not been proven in court. Cargill did not immediately respond to a request for comment.

The High River plant is back at full operation and processes about 4,500 head of cattle a day - more than one-third of Canada's beef-packing capacity.

Cargill Ltd. is a subsidiary of U.S.-based Cargill Inc., one of the largest privately owned corporations in the United States by revenue.

This report by The Canadian Press was first published July 10, 2020