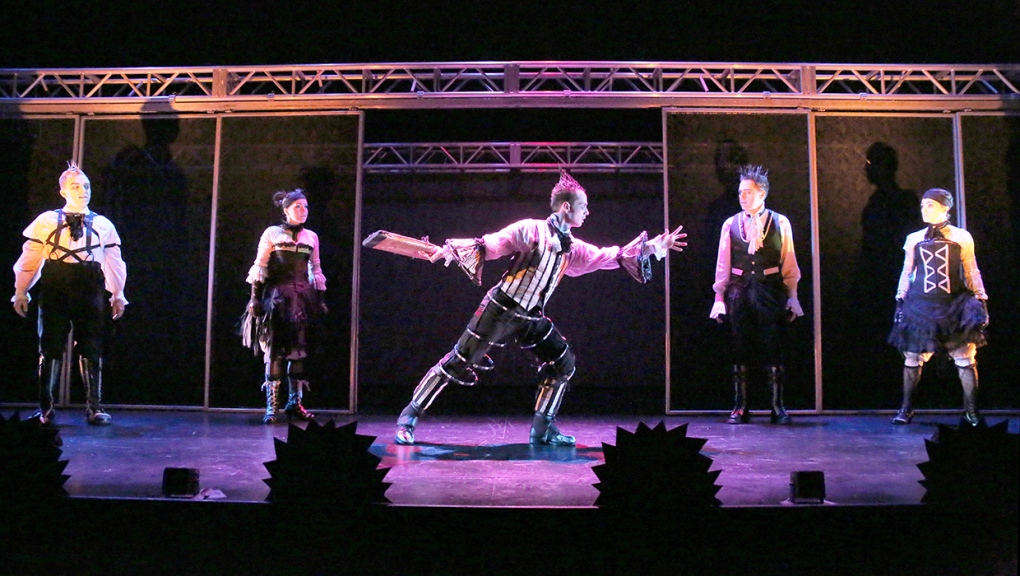 Catalyst Theatre's 2015 production of Nevermore, the Imaginary Life and Mysterious Death of Edgar Allan Poe, which returns to Vertigo Theatre in May, 2023. Photo by Joan Marcus, 2015, Produced by Radio Mouse Entertainment

Vertigo Mystery Theatre's 2022-23 season features a classic, a Hollywood twist, a West End hit about a legendary Baltimore writer that started out in Edmonton, a thriller that became a catch phrase and a world premiere by a Calgary playwright.

The popular mystery theatre released its roster of next season's shows Tuesday, a season that features both the return of the legendary Agatha Christie, whose work will be represented by Murder on the Orient Express (Nov. 12 – Dec. 17), and The Extractionist (Jan. 28-Feb.26) a world premiere presentation by Calgary's Michaela Jeffrey.

In desperate times, what would you be capable of?https://t.co/vuc7L8ea2B pic.twitter.com/w1VhAk6eBy

The season opens with Misery, a theatrical adaptation of the film written by William Goldman from a novel by Stephen King, which runs Sept. 10 to Oct. 15.

Gaslight, by Johnna Wright and Patty Jamieson, runs from March 18 to April 16, and the season closes with Catalyst Theatre's Nevermore, the Imaginary Life and Mysterious Death of Edgar Allan Poe, which runs May 6 to June 4.

Nevermore, a haunting musical with music and book by Jonathan Christenson, is making a return visit to Vertigo. The Edmonton show was an international hit, produced in both London and Off-Broadway in New York, and won lavish praise from critics around the world for its style and Christenson's musical score.

“We are thrilled to offer a season to our dedicated patrons and artistic community that honours both the roots of the mystery genre and the new sub-genres we are seeing in 2022," said Vertigo Theatre Interim Artistic Producer Kathryn Smith. "This season was selected alongside departing artistic director Craig Hall with the intent to thrill and excite. With classic names, a world premiere, a cutting adaptation, and even a haunting musical, there is sure to be something for everyone in our 22/23 season.”

Meanwhile, Vertigo is about to open the final production of its 2021-22 season: A theatrical adaptation of the popular board game Clue, which begins previews May 7 and opens May 12.

Book your tickets now for CLUE! (May 7-June 5) . See what we did there? Book now…library… ahaha we’ll see ourselves out. pic.twitter.com/WVpkwi0nVW

King Charles III has decided not to attend the international climate change summit in Egypt next month, fuelling speculation that the new monarch will have to rein in his environmental activism now that he has ascended the throne.

The United Nations said Sunday that negotiations between Yemen's warring sides failed to extend a nationwide cease-fire, after an agreement was not reached before a deadline on Oct. 2. In a statement, the U.N.'s envoy to Yemen called on all sides to refrain from acts of provocation as the talks continue.

Laughter lights up the gathering twilight at Langara College in Vancouver, where first-year health science student Jagiit Singh is chatting with friends next to the school's fountain. But his smile fades when he's asked about the cost of living in Canada since moving from India last year.