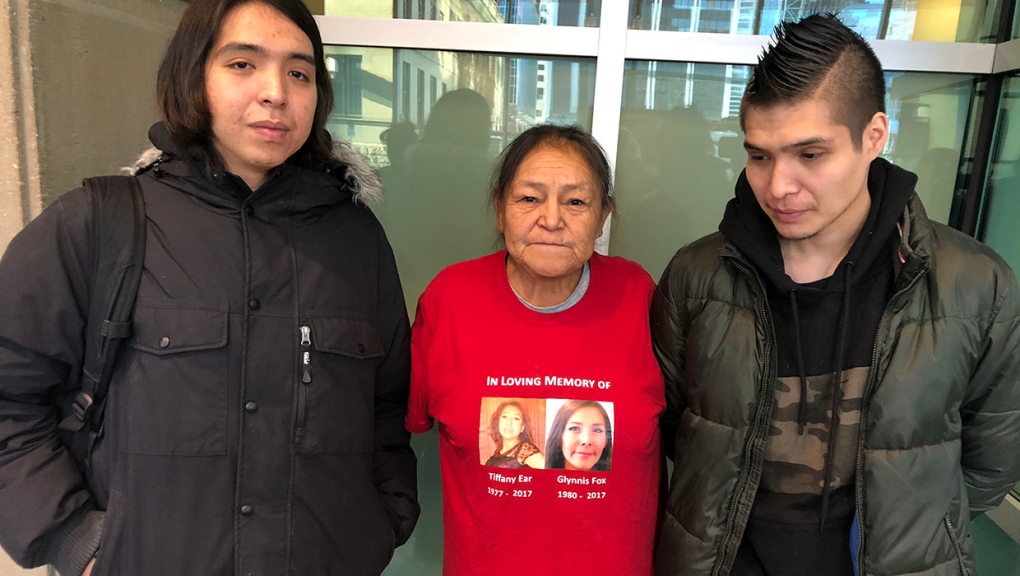 CALGARY -- A man and woman charged in connection with an ongoing 2017 quadruple homicide case will have to wait the weekend to learn their fates from a jury.

Closing arguments were made Thursday in the trial of Yu Chieh (Diana) Liao and Tewodros Kebede who are each charged with first-degree murder in the death of Hanock Afowerk. The body of the 26-year-old was discovered beaten, shot and duct-taped in a ditch near Highway 8 and Highway 22 on July 12, 2017.

Two days earlier, the bodies of 36-year-old Glynnis Fox, 39-year-old Tiffany Ear and 25-year-old Cody Pfeiffer were found shot to death in Afowerk’s torched vehicle at a construction site in the northwest community of Sage Hill.

According to police the four deaths are connected.

“It’s just hard to wake up every day to remind ourselves that she’s gone,” said Ear’s oldest son Kane Lightning.

Murder charges have not been laid in those three murders but Calgary Police Service says the investigation remains open.

“Hopefully we’ll find justice as to who killed my siblings,” said Desi Ear, the women’s brother.

The accused were arrested in Toronto on unrelated matters. On their way there, court heard the pair were caught on surveillance images buying cleaning supplies. Blood later found in the Jeep they were driving matched Afowerk’s DNA. Kebede was found with a handgun and the victim’s chopped up driver’s licence and his broken cell phone.

Both the crown and defence say other people were involved in the murders, but the crown says evidence including DNA, witnesses and cell phone data point to Kebede and Liao as pivotal in confining and torturing Aforwerk while trying to extort money and eventually killing him — then were involved in getting rid of witnesses Pfiffer, Ear and Fox.

Defence lawyers argue others involved played bigger roles and say evidence indicates Kebede is only an accessory to murder and Liao is not guilty at all.

Fox and Ear were sisters from the Stoney Nakoda First Nation who left behind 16 children between them.

On Monday Justice Blair Nixon will charge the eleven member jury, which will make the decision in the case.