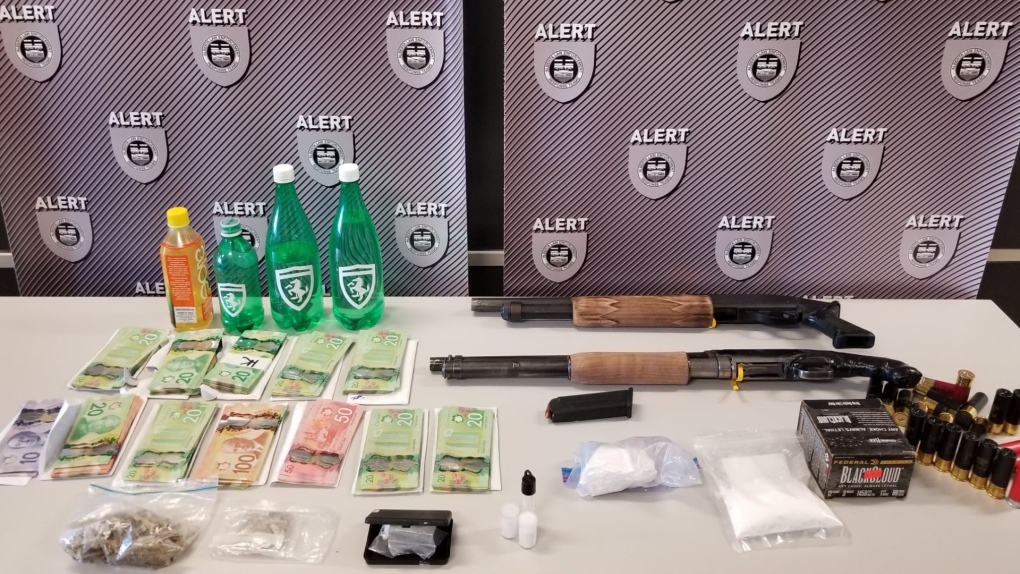 Drugs, weapons and cash seized during the Sept. 2 search of a home in Medicine Hat, Alta. (ALERT)
CALGARY -

Officers searched a home on Sept. 2 and seized several weapons and various drugs including:

Luc Reaume, 40, and Daryl Stefani, 36, were arrested in connection with the investigation. Their charges include:

Both of the accused were released from custody ahead of their scheduled appearance in Medicine Hat provincial court.