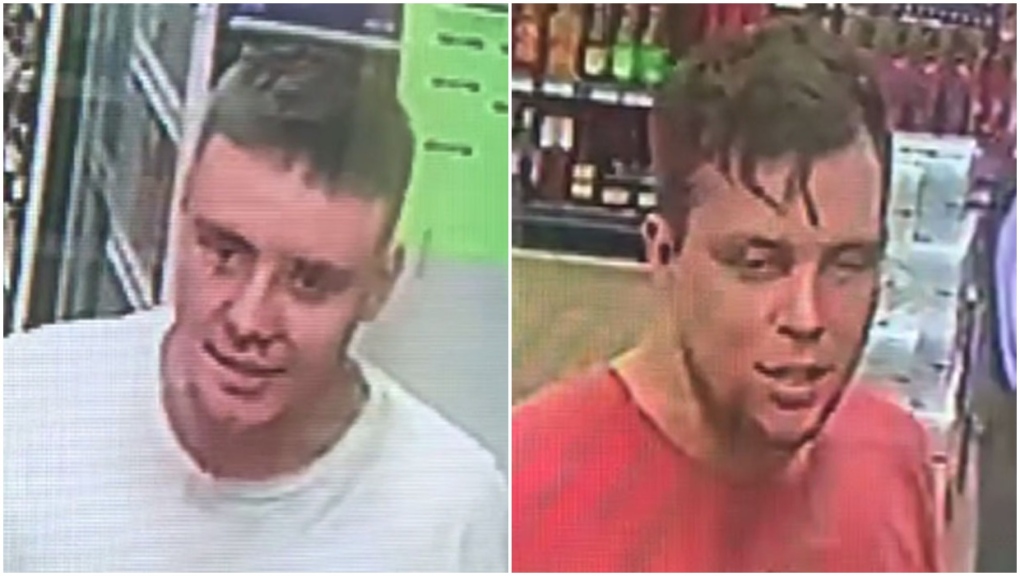 Cochrane RCMP want to speak with these two men who allegedly accosted a customer inside a liquor store with racist remarks. (Supplied)

CALGARY -- Authorities in Cochrane, Alta. are looking for the public's help to identify a pair of men who allegedly threatened a customer inside a liquor store late last month.

Officials say they received a complaint of someone being threatened inside 4th Avenue Liquor on May 30.

The caller told police that two males had entered the store to buy liquor and, once they were at the register, they began to accost a customer.

Police were told racial slurs and threats of physical harm were made during the exchange.

The men left the scene without further incident.

Cochrane RCMP are now asking the public for assistance in identifying the two men.