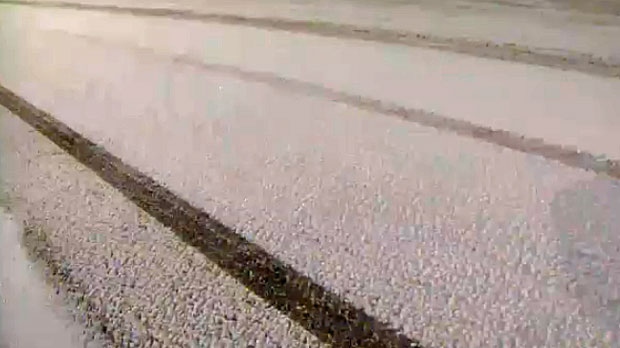 A cold front is sweeping through southern Alberta and conditions on roads and highways in the area are deteriorating.

Highway 2 south is slippery in sections and visibility is poor. Several vehicles are reported to have hit the ditch between High River and Calgary.

South of High River, the highway is partly covered and drifts and ice have built up on the shoulders.

RCMP say road conditions east of the city to Strathmore are extremely dangerous and there have been multiple collisions.

Police say they are currently responding to numerous collisions because of the poor roads and are advising drivers to use caution and allow extra distance between vehicles in case something happens.

Secondary Highway 24 is closed down between Glenmore Trail and Highway 1 because of a  serious collision involving multiple vehicles. One person was killed after a semi tractor-trailer unit collided head-on with another vehicle. Three more vehicles were then involved in a chain-reaction crash and the road is expected to be closed for several hours while police investigate.

The Trans-Canada Highway west of the city is partly covered in snow and the wind and blowing snow increase as drivers approach the Banff Park Gates.

Travel on roads and highways in many parts of southern Alberta is not recommended.

For the latest conditions, visit the AMA Road Reports website.

Visit the Drive BC website for the latest travel conditions there.