'Comfortable being who I am': NHL prospect and Calgary Hitmen player comes out

Luke Prokop says he's no longer scared to hide who he is.

The 19-year-old became the first player under an NHL contract to come out as gay, making the public announcement Monday morning.

"It's been really cool, the process of being able to come out publicly and be who I am," he said.

Prokop was born in Edmonton and spent most of the last four seasons with the Calgary Hitmen of the Western Hockey League.

He was drafted in the third round of the NHL Entry Draft by the Nashville Predators in 2020 and signed with the organization the same year. 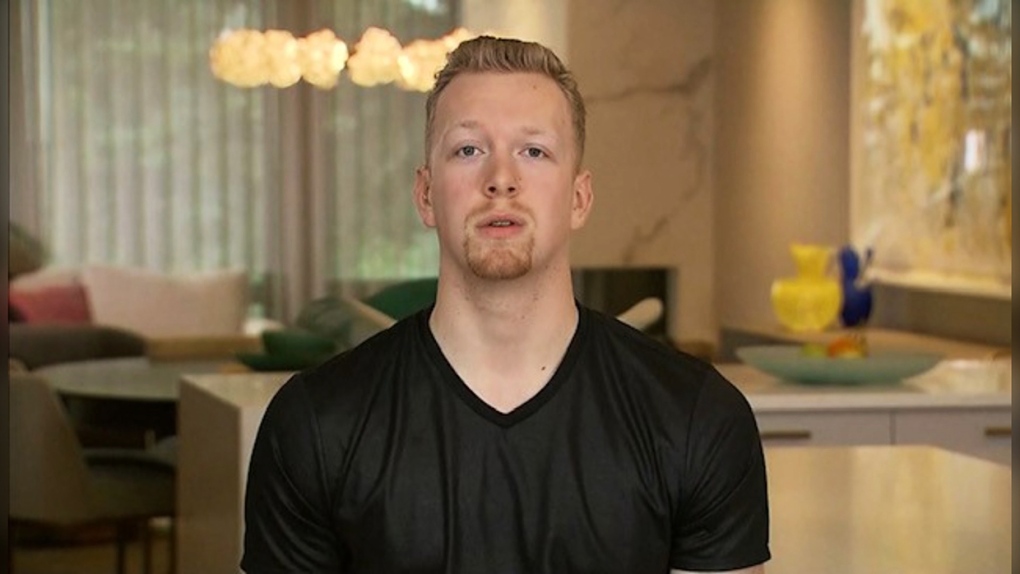 His brother, Josh, served as the Hitmen's captain and Luke was named an alternate last season. The team's general manager says Prokop's leadership has always been apparent.

"I've known Luke for a number of years and, just imagine the weight that's been on his shoulders and to be free now, to be your own self. I think, just as an organization, we stand with him. And we're so proud of him," he said.

David Palumbo with the You Can Play Project calls Prokop's announcement a monumental one and said "it's a great day for sports."

"It's critically important, certainly for youth, looking what happens in the higher leagues and pro leagues in terms of can they be there themselves and being part of the LGBT+ community shouldn't have any barrier whatsoever," Palumbo said.

Prokop said he's relieved he can now put more of his focus onto hockey and his training, though he hopes to he can be an example that gay people are welcome in the hockey community.

"As much as I want to do this for myself and hockey, that's the kind of person I am — I want to help people be comfortable with who they are and if I can just impact one kid, one adult, anybody in the world, I've done my job and that's all I can ask for," Prokop said.