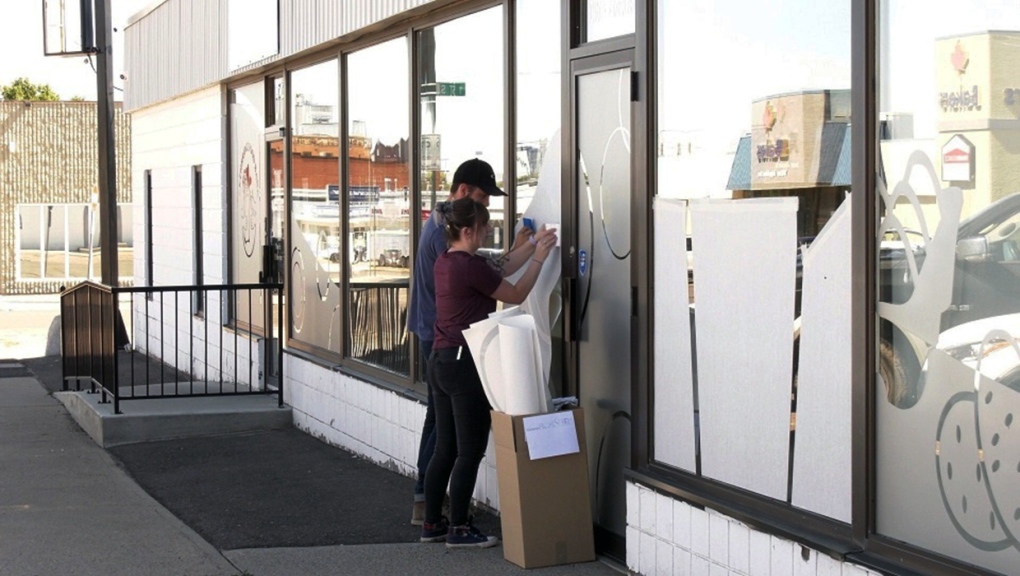 The Lethbridge community banded together to help replace four windows that were broken on the Lethbridge Foodbank over the August long weekend.

LETHBRIDGE, ALTA. -- Four windows at the Lethbridge Foodbank were smashed over the August long weekend just over a month ago.

Thanks to a few local companies' and individuals' generosity, the story is getting a happy ending.

"Today is the final basically, installation of the windows that were vandalized a few weeks back," Lethbridge Foodbank executive director Maral Kiani Tari said Wednesday. "Today's the day we're going to get some of the decals that were missing back on the windows, which is very exciting."

It was made possible thanks to Stranville Living Master Builder. When the vandalism happened, they were one of several agencies and individuals that stepped up to try to help.

"Like many people, we saw the online story about the windows getting vandalized, and we're very close to this office as our business is just a couple of blocks from here. So, we decided to come by and assess the damage to see how we could get involved," Stranville Living Master Builder president and general manager Dell Matthews said.

Stranville approached the food bank to take care of the window replacement, as well as the decalling. Friesen Plastics Inc. helped to install the decals on Wednesday as well.

To see this kind of support so quickly shows the importance of the food bank and the vital role that food banks play in the community, according to Kiani Tari.

It's also an example of the community coming together to support each other.

"Because, in a sense, by giving back and helping us fix the vandalism and other ways of helping support us, we are, in turn, able to support the community. It's amazing to see everyone coming together and being able to pull through these hard times at this moment," Kiani Tari said.