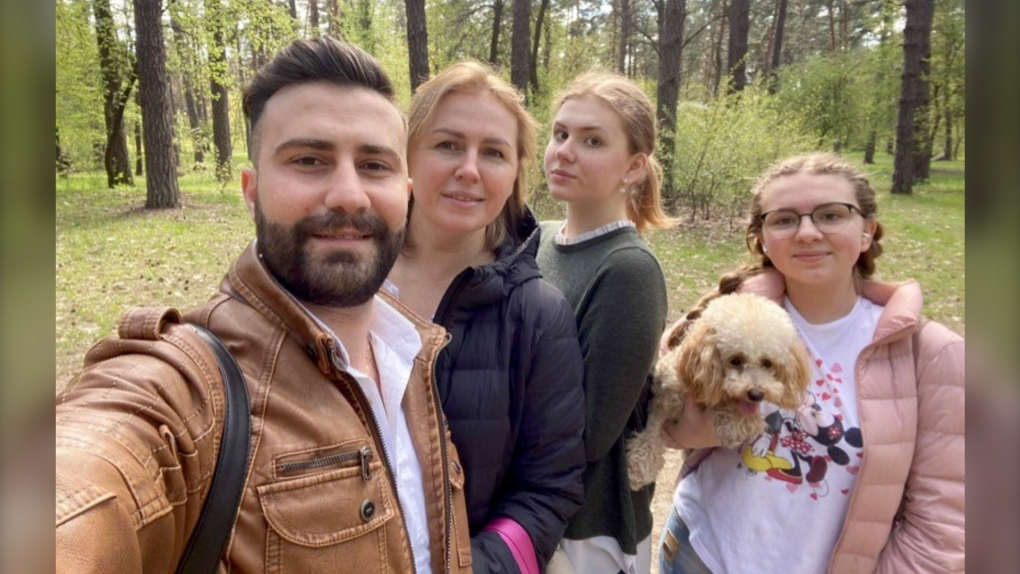 Members of a family from Ukraine who will be hosted by a family in Coalhurst, Alta. (Photo contributed)

A Coalhurst, Alta. family has been working over the last month to host a family from Ukraine — but there’s been some unexpected challenges along the way.

While bringing the family over was always going to be be challenging, the recent delay of the 14-year-old daughter’s visa has complicated things.

The family was supposed to arrive in Alberta on Tuesday but the journey has since been pushed back to May 19.

The delay has made an already expensive flight even pricier.

To help with the funds, host Sherry Silvaggio has created a GoFundMe to pay for the airline tickets. And while donations are greatly appreciated, Silvaggio says she hopes the effort can raise more to help the family.

“It’s kind of started to roll a little bit but not as much as we would like to see. We do need more help than what’s in there, that’s almost been used so far with all the hiccups,” Silvaggio said. “But we’re getting there, we’re getting closer every day.”

Without the proper funds, it’s been difficult for the Ukrainian family to make it to Canada.

“Each ticket that we have to push, there’s a fee, or the price difference in the seating … it’s not cheap for them, they’re spending everything that they have and then they have to start from scratch all over again," Silvaggio said.

"And a lot of the families have children, and as a mom that’s hard."

While the GoFundMe is hoping for more traction, Silvaggio added she is incredibly grateful for the community support so far, and that it’s been mind-blowing how generous people have been.

Families have also been donating things like bedding, clothes, and makeup, but that’s just the tip of the iceberg.

“We’ve had a group of college students put together a little bit of everything. They went out and got teddy bears, they even researched what story book characters were popular in Ukraine so that the kids would know what they had," Silvaggio said.

"We’ve had a lady bring in drawing supplies, anything to do with crafts that these specific girls like to do so they have some familiarity at my home when they get there and feel comfortable.

“One gentleman has offered to fill our freezer with meat while we have this family. The only thing he asked is that he’d like to meet them first when they arrive, and offered to drive them places. It’s unbelievable actually, the community has been so kind.”

A project of this scale is about more than just Silvaggio’s family, and she really appreciates the help that has come in so far.

“It’s not an 'us' thing, it’s an 'everybody' thing. And everyone has been so generous, and everyone that has donated to the go fund me so far … it has helped more than they realize. Every five bucks makes a difference in this situation,” she said.

Silvaggio added she feels lucky that she has the resources available to host this family.

“If you have it, give it, right? That’s what I’d want if it was me in their shoes with my children.”

Anyone interested in helping this Ukrainian family make it to Canada can donate on through the GoFundMe.