Computer cash: As entire families are told to work and study from home, affording technology becomes the problem

CALGARY -- As hundreds of thousands of elementary school students across Alberta go online this week, demand for the tools they need is skyrocketing,

"Now that it's all of kindergarten to grade 12, it's put that burden on again - our phones don't stop," said Gar Gar, executive director of the Youth Empowerment and Skills (YES) Centre.

The charity has been collecting and distributing computers and other devices during the pandemic for people working and studying from home.

Demand spiked this week as the province ordered elementary schools to join junior and senior highs for at least two-and-a-half weeks moving all courses online to minimize interpersonal contact while COV-19 cases spike.

The YES centre has already given out around 300 computers during the pandemic but hundreds of people are on the waiting list.

In some cases, it's large families where parents are also working or studying from home along with their children.

"If you have more than five kids, in elementary to high school, they're looking for five different devices," said Gar, "and its gets even harder when all classes start at 9:00 in the morning." 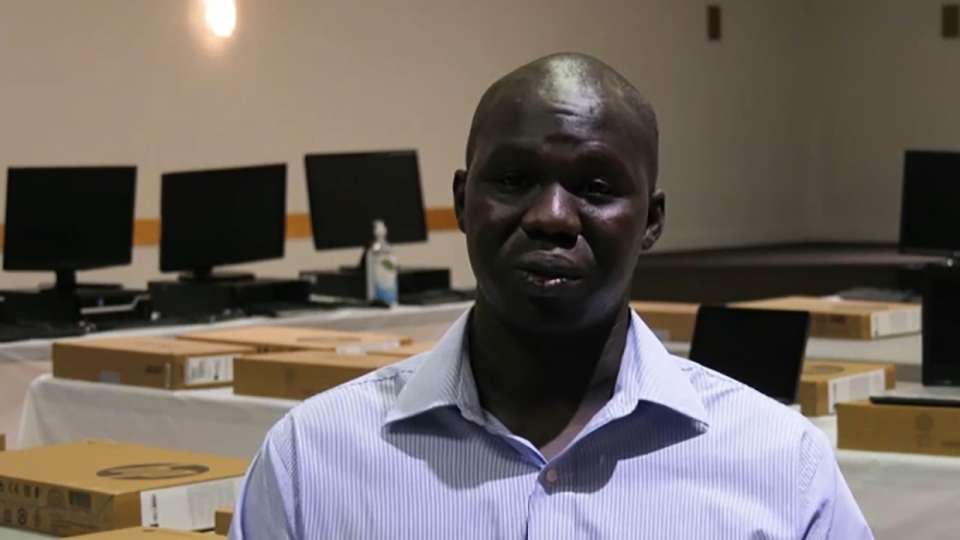 Calgary's Catholic and public school boards have lent nearly 10,000 laptops to students who need them, but many younger learners are still scrambling to borrow or share needed devices at home.

Families are also running out of resources to keep up with the technological demands they're facing.

"Our repairs have gone through the roof," said Marcus Beaubier, who manages the Memory Express computer store in northwest Calgary, "People have older hardware and want to squeeze whatever they can out of its life. They bring it in for repairs and pass it on to their kids."

Beaubier said early in the pandemic, sales of all computers soared as people scrambled to adapt to the new reality of working and learning from home.

But he said the enthusiasm for purchasing new computers every time more family members' people are told to say home may be waning.

"At the start of the pandemic, people were like 'I don't care what it costs, get it done, let's keep the wheels on'" he says "That was the first 12 months."

"Now," he added, "we are starting to see people concerned with what they're spending on."