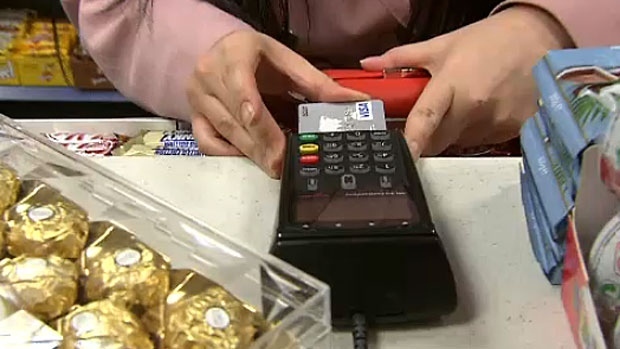 Two new polls are shining a light on the extent of financial concern within Canadian homes.

Equifax says average individual consumer debt jumped in the first three months of 2022 to more than $25,000 in the province. That's the highest level in the country.

Much of that debt is focused in the 36 to 65-year-old age groups.

Equifax partially chalks the numbers up to high vehicle prices and bank loans.

Canada-wide, the poll suggests average monthly credit card spending per consumer climbed by 17.5 per cent in the early months of 2022, compared to the same period last year.

"The challenge is that when you do start to see the financial stress come through -- particularly early financial stress -- you tend to see it on credit cards," said Equifax's Rebecca Oakes.

Many in dire situations will use plastic because of the staggered payments, but Oakes said she's worried about high interest rates for consumers and future delinquency.

"So that is why we're a little bit concerned about what this trend might mean," she said.

"And obviously, if you combine that with inflation and the interest rates and some of the day-to-day living costs, we could be heading for a little bit of a perfect storm if we're not careful."

Another report could also be seen as a harbinger of tough times ahead.

A poll done by Leger on behalf of RatesDotCa and BNN Bloomberg suggests many homeowners are struggling to make ends meet as the Bank of Canada once again increases interest rates to cool inflation.

It suggests 39 per cent of Canadian homeowners are “concerned” about their finances.

That's resulting in very little saving -- 16 per cent of the same group say they can't afford to put away even $100 in extra costs every month.

"How did we get to that point? Well, it's been encouraged," said Mount Royal University financial expert Jim Fischer.

"For a long period of time now, we've been living in a historically low interest rate environment."

Now that rates are heading up, Fischer believes saving -- if possible -- is paramount.

"I think a lot of it revolves around discipline," he said. "You have to want to save, you have to see a goal in the future that says, 'I need to save to do this.'"

Of course, not everyone is in a financial position to put money away. But Fischer believes even those struggling can help themselves by closely monitoring their spending and tracking habits.

It may not immediately pay off, but knowing where that money goes could be important if the situation changes, he says.