Concert for the cows: Desperate for an audience, Lethbridge Brass Quintet puts on a moo-ving performance

LETHBRIDGE, ALTA. -- The Bridge Brass Quintet has played for a wide variety of audiences over the past 30 years, but Wednesday night was the first time they ever played a concert for cows.

“We’ve had a lot of different experiences,” said euphonium player Rene Van De Vendel, “but have never done anything quite like this.”

The idea was proposed by trumpeter Ken Lewis, who along with Don Robb, has played with the group since its inception in 1990.

Lewis said the quintet hasn’t performed for the past six months due to COVID.

“We thought we needed an audience," Lewis said, "and Mac MacLean said he had one.”

MacLean, who owns Wisemen Feeders, arranged to have Bridge Brass do a performance north east of Lethbridge, in a scenic river bottom pasture, sandwiched between the coulees and the Oldman River.

The stage was a 45-foot steel bale wagon, and the audience came in droves, or a drove. The musicians played for a group of 200 cows and calves. A few cowboys and cowgirls were on hand to rein in the concertgoers if they got out of hand. 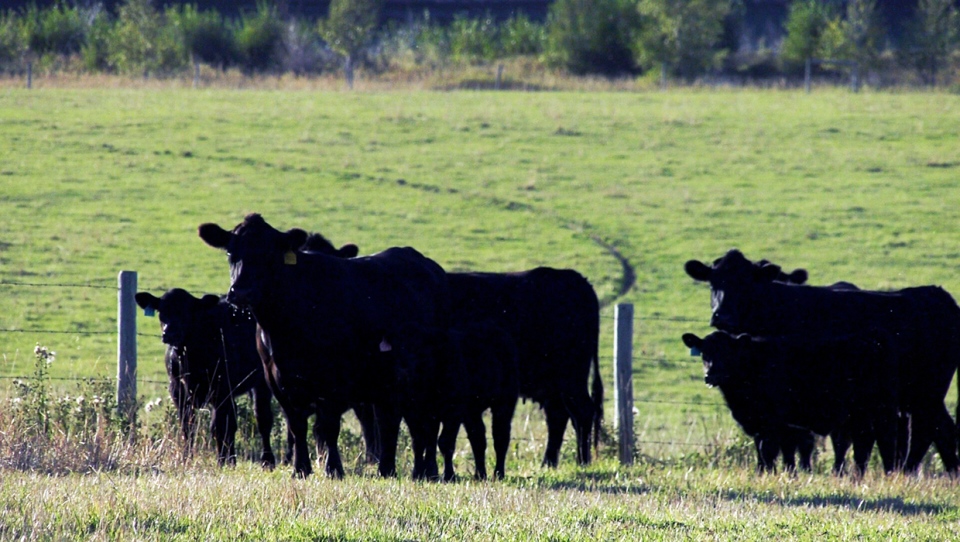 “We called ourselves the Bridge Brass Desperados for this event,” added Lewis, “because we were desperate to play to any kind of audience.”

The song selection included well-known hits like Penny Lane, Ghost Riders in the Sky, and the theme song to Big Country.

“Big Country, that was for the cows,” said Ken’s daughter Karly Lewis, a French horn musician who has played with the quintet since 2004.

She said having been robbed of music for the past six months has been hard on all members of the group, who have missed the chance to perform, and the twice weekly get together with friends for rehearsals.

“So having the opportunity to perform for an audience that continually asks for moo-re, was wonderful. They were very polite to play for.” 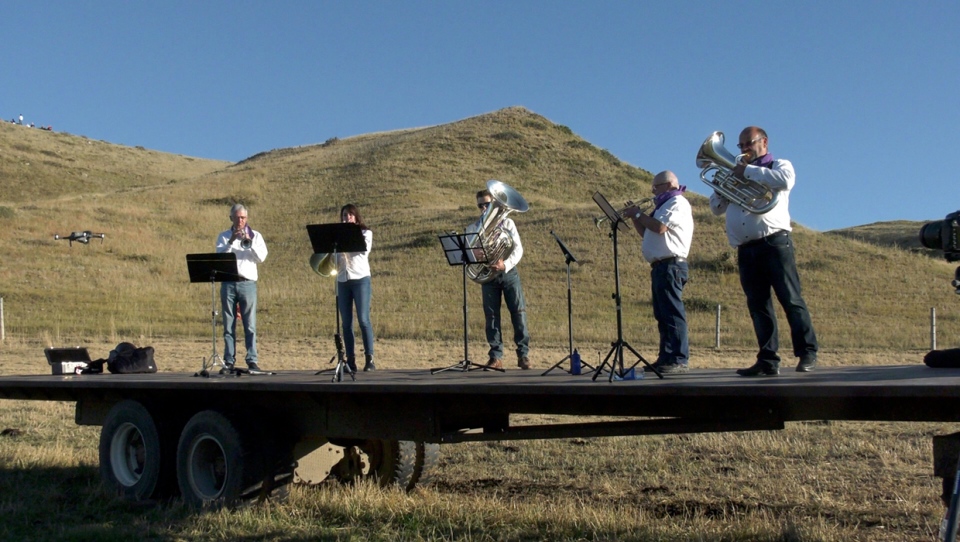 Members of the quintet said they have a great bond with each other, and a common desire to play and share music. Over the years they have played at conventions, weddings and numerous other events.

In 2019 the quintet travelled with the Lethbridge Community Band Society to Scotland where they performed in cathedrals.

At this concert a small group of family and friends watched from a nearby hilltop. The cows crowded together in the front row.

Van De Vendel said when Lewis mentioned the idea of playing for cows, he was excited by the prospect of getting out and performing again.

“But now that we’ve played, I’m not too sure how I feel, because I kind of felt we were booed, or mooed off the podium.”