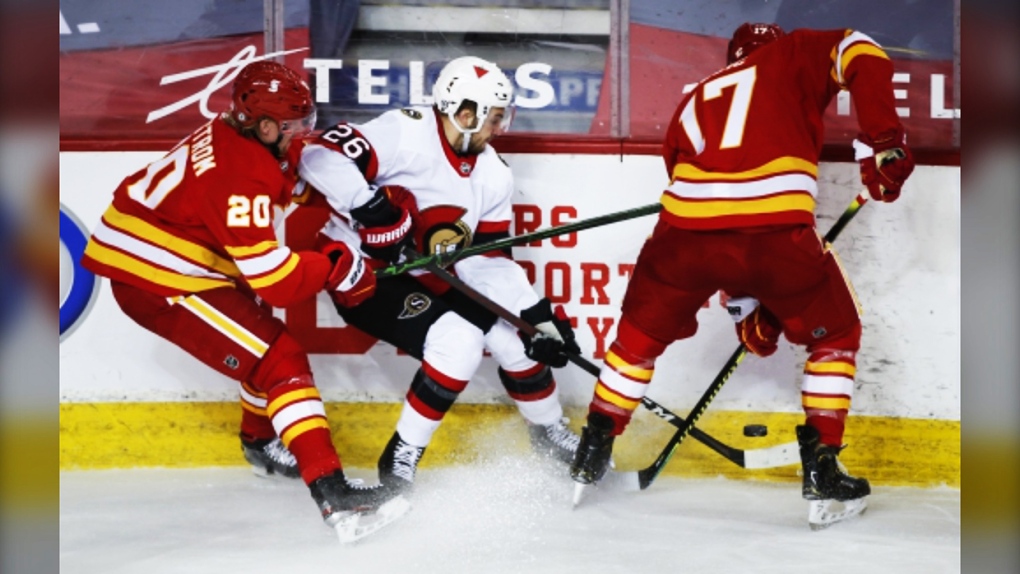 CALGARY -- Connor Brown scored a short-handed goal and also into an empty net for the Ottawa Senators in a 4-2 win Monday over the host Calgary Flames.

Josh Norris had a goal and an assist and Brady Tkachuk also scored for Ottawa (16-26-4). Senators goaltender Matt Murray made 26 save for the win.

Elias Lindholm and Michael Stone countered for the Flames (19-23-3), whose window for a playoff berth is closing. Jacob Markstrom stopped 16-of-19 shots in the loss.

The Montreal Canadiens hold down the fourth and final playoff berth in the North Division. Montreal lost 4-1 to the Edmonton Oilers on Monday, but remained six points ahead of Calgary.

The Flames have 11 games remaining in the regular season, but three games in four days against the visiting Habs starting Friday will likely determine if Calgary sees the post-season or plays out the string.

Ottawa leads the season series with the Flames 5-2-0 with a game remaining.