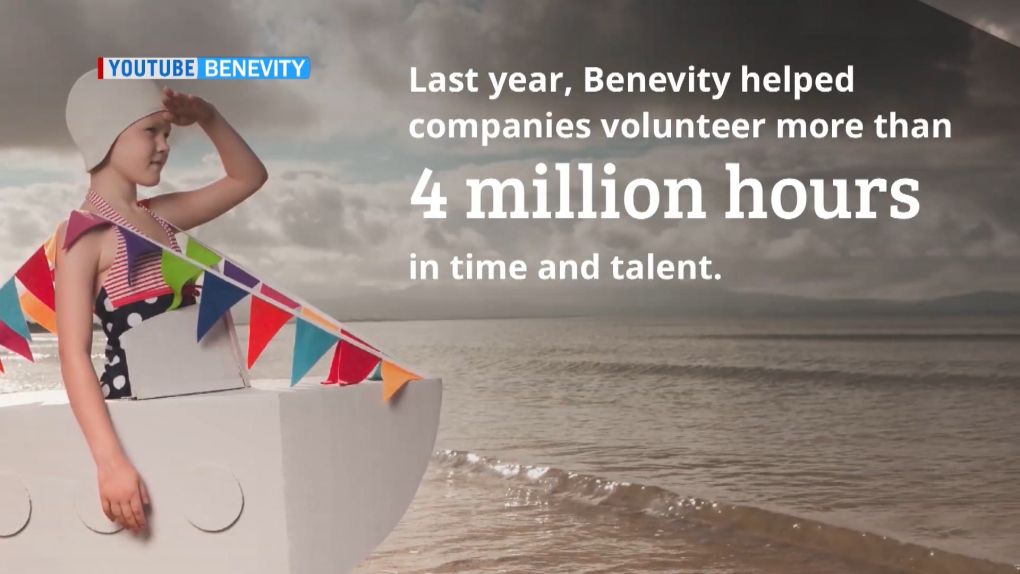 A controlling share in Benevity, a Calgary-based software firm that creates programs for monetary or volunteer donations, has been sold to UK-based Hg. (YouTube/Benevity)

CALGARY -- Officials with Calgary-based Benevity confirm a deal has been reached to sell a controlling share of the company in a transaction that places a valuation in excess of $1 billion on the software company that creates corporate charity programs.

Bryan de Lottinville, founder and CEO of Benevity, said in a LinkedIn post that there was 'a ton of interest' from world-class firms and multiple offers were fielded before an agreement was reached with UK-based Hg.

"Hg is buying majority control of the company, and GA, JMI and management are rolling a significant portion of their respective interests into the deal,' said Lottinville in his post. "The financial advisors told us that based on a valuation north of US$1B, this is the largest deal ever in the ESG space and one of the biggest software deals in Canada in the last decade.

"This, for a company whose business model is fashioned completely around social impact and enabling purpose."

Lotinville says the deal is expected to be completed in January.